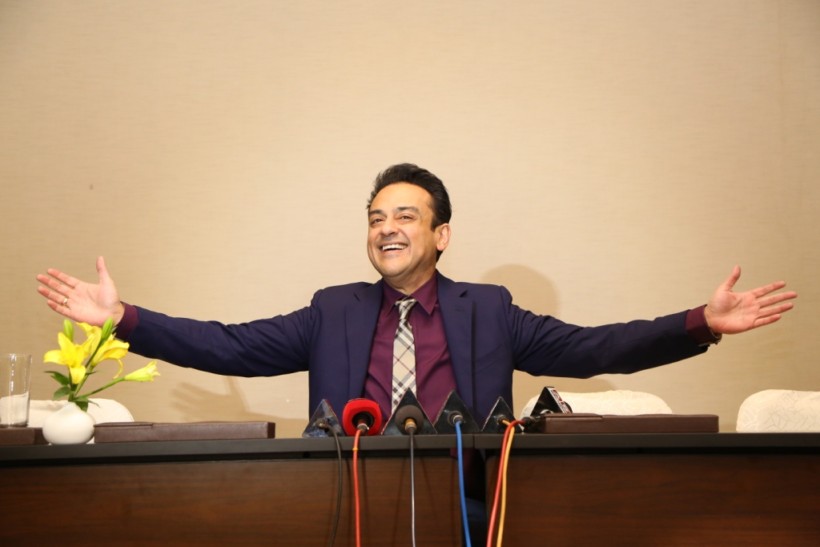 Hyderabad– Well known singer Adnan Sami recalls that his father’s words made him determined to lose weight, adding that weight loss involves 80 per cent psychological and 20 per cent physical effort.

“My father told me he doesn’t want me to die before him. That made me determined to lose weight. I shed 160 kg in six years,” the Pakistan-born singer, who is now an Indian citizen, said at a wellness event here on Tuesday.

The 45-year-old said the greatest lesson he learnt in life was the journey he went through while losing weight.

Lahore-born Adnan recalled his father was diagnosed with pancreatic cancer in 1989.

“He fought cancer but finally succumbed in 2009. During one of those years, while in London for a check-up, he insisted I also get a check-up done. After my check-up, the doctor pronounced before my father I won’t survive for long given my weight.”

“My father then told me he won’t want me to die before him.”

The singer also spoke about what made him opt for Indian citizenship.

“I have lived in India for 17 years. India is my ‘karambhoomi’ (work field). I have lived in various countries but my heart was always in India due to the love showered on me by the people here.”

“I had my ups and downs in getting the citizenship. But ultimately, I got it and I am happy about it, he said.

Adnan, who now lives in Mumbai, was granted Indian citizenship with effect from January 1, 2016, after he appealed to the Home Ministry on humanitarian grounds. (IANS)