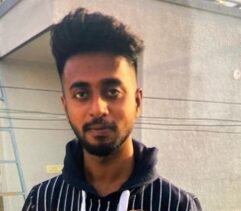 Bengaluru–A Bengaluru man was arrested on Monday for allegedly murdering his son after a quarrel, police said.

DCP, West, Sanjeev Patil said Gurumurthy, resident of KHB Colony, was arrested by the Kamakshipalya police in connection with the murder of his son Santhosh, 29, at his residence.

There was a quarrel and Santosh had suffered stab injuries. His relatives had shifted him to a private hospital where he succumbed to injuries, the DCP said.

“We have taken the father into custody and are questioning him. Victim Santosh’s mother lived with them. He worked in the RTO office and there was a quarrel in the house. We are gathering information,” he said.

The crime scene was washed to destroy evidence in connection with the incident and a case will be booked for the destruction of evidence also, he added. (IANS)