Mumbai–Maverick filmmaker Ram Gopal Varma, who earlier lashed out at superstar Shah Rukh Khan, saying that he might lose his star status to Salman Khan just like Kamal Haasan did to Rajinikanth, has clarified that his statement was a “compliment” for him.

Varma took to Twitter on April 23 to question Shah Rukh’s movie selection process, saying that he “should learn from Kamal’s mistakes and just be (like) Salman”. 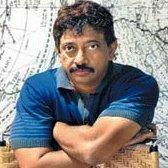 Asked to justify his statement on the “Chennai Express” star, Varma, who was in the capital on Wednesday to promote his forthcoming film “Veerappan”, said: “It is still the same. It was a compliment (for Shah Rukh). I am a fan of Shah Rukh Khan and I would like to see him as a star and not just anything else.”

In a series of tweets previously, the “Satya” filmmaker took digs at Shah Rukh’s recent decision to turn into an obsessed fan in “Fan”. He also lashed out at the upcoming Aanand L. Rai’s project in which Shah Rukh will be seen as a dwarf and hinted at Kamal Hassan’s “Appu Raja”.

He shared: “Megastar SRK becoming ordinary fan, dwarf etc. is as big a same blunder as what Kamal Haasan did to lose his stardom to Rajinikanth (Salman Khan). Kamal was as big a superstar as Rajinikanth till he started doing dwarf, fat, tall etc. and as a fan, I hope SRK doesn’t listen to wrong advisers.”

He added: “SRK must learn from mistakes of Kamal and not listen to near and dear ones who are stopping him from becoming a Mega Rajinikanth.”

The “Satya” director also shared that “great actors” are available in abundance, but being a star comes as a blessing.

He shared: “Great actors are dime a dozen in NSD (National School of Drama), stage etc whereas stars like SRK come blessed by God/Allah/Buddha etc, which is what SRK is not realising. Clint Eastwood super star for 30 years being himself and then is critics Hero. I don’t believe in God but as fan I pray to Allah SRK realises truth”. (IANS)