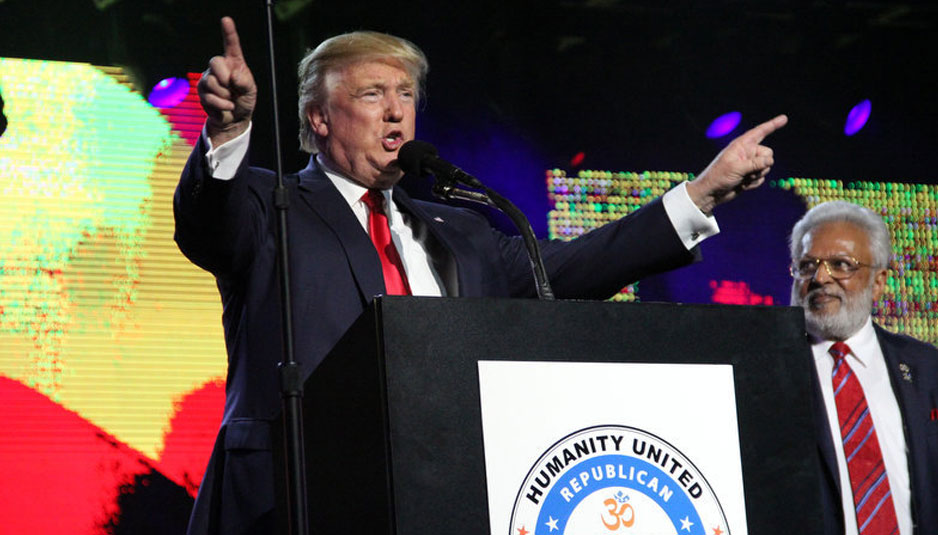 London– The Collins English Dictionary has called the term “fake news”, frequently used by US President Donald Trump, as 2017’s Word of the Year due to its “ubiquitous presence”, the media reported on Thursday.

The Dictionary’s lexicographers, who monitor the 4.5 billion-word Collins corpus, said that usage of the term had increased by 365 per cent since 2016, reports the Guardian.

The phrase, often capitalised, is frequently a feature of Trump’s rhetoric; in the last few days alone he has tweeted of how “the Fake News is working overtime” in relation to the investigation into Russian interference in the 2016 US presidential elections.

Trump has used the term frequently, and claimed last week to have invented it – “the media is really, the word, one of the greatest of all (the) terms I’ve come up with, is ‘fake’… I guess other people have used it perhaps over the years, but I’ve never noticed it,” he told an interviewer. This etymology was disputed by the dictionary.

Collins said that “fake news” started being used in the noughties on US television to describe “false, often sensational, information disseminated under the guise of news reporting”.

Its usage has climbed since 2015, according to the dictionary, and really took off this year, with its ubiquity to be acknowledged with a place in the next print edition of the Collins Dictionary.

A number of other words related to politics and current affairs were also in its list of the words of the year, the Guardian reported.

“Echo chamber”, defined as “an environment, especially on a social media site, in which any statement of opinion is likely to be greeted with approval because it will only be read or heard by people who hold similar views”, has seen a “steady increase” in usage over the last five years , while “antifa” saw its usage rise by almost 7,000 per cent following violent clashes between anti-fascist protesters and the far right, particularly in the US.

Corbynmania, up by 310 per cent, was also on the list: Collins said the term for “fervent enthusiasm” for UK’s opposition Labour Party leader Jeremy Corbyn “first emerged in 2015 and after a dip last year made a striking comeback in 2017 as the Labour leader impressed on the campaign trail”.

“Much of this year’s list is definitely politically charged, but with a new president in the US and a snap election in the UK, it is perhaps no surprise that politics continues to electrify the language,” said Collins’s head of language content, Helen Newstead.