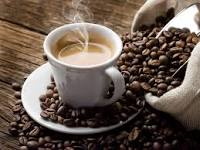 According the study, Assistant Professor Giuseppe Grosso from the University of Catania, Italy, reviewed his own scientific research on the association between coffee consumption and MetS in Polish and Italian cohorts and explored the potential mechanistic perspectives behind the inverse association.

His research suggests that polyphenols contained in coffee may be involved in the inverse association, specifically phenolic acids and flavonoids.

He also reviewed research that suggests that moderate coffee consumption is associated with a reduction of CVD, cancer, all-cause mortality and type 2 diabetes.

For the findings, Associate Professor Estefania from Toledo University of Navarra, Spain, reviewed meta-analyses considering associations between coffee consumption and MetS and discussed work in a Mediterranean cohort.

The study concluded that moderate coffee consumption (one to four cups per day) was associated with reduced risk of MetS, whilst higher intakes were not.

This was reported for both regular and decaffeinated coffee.

The inverse association between coffee consumption and metabolic syndrome was shown in both men and women, said the study.

Meta-analyses also found that a moderate consumption of both caffeinated and decaffeinated coffee may be associated with a reduced risk of metabolic syndrome.