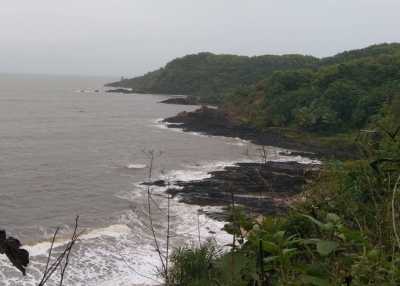 Visakhapatnam– In a dramatic twist, a married woman who was feared drowned at Visakhapatnam beach two days ago was reportedly found in Andhra Pradesh’s Nellore on Wednesday, officials said.

Authorities had conducted a large-scale search by deploying even a helicopter of the Indian Navy after the 21-year-old woman went missing on RK Beach where she had gone with her husband on their second wedding anniversary.

According to officials, the administration spent about Rs 1 crore to search for the woman by deploying resources of the Navy and the Coast Guard. An official said several government departments had participated in the search operations.

While on the beach on Monday night, the woman’s husband received a call and he had moved aside while she was taking selfies on her mobile phone. After a few moments, he found no trace of his wife. He suspected that she was washed away in the sea with a tide and immediately alerted the police.

Authorities deployed speedboats and Navy helicopter the next morning as part of the search operation. However, all the efforts by the authorities were in vain as they found no trace of the missing woman. Doubts were being expressed whether she really drowned in the sea.

Meanwhile, police on Wednesday found the woman in Nellore with a man with whom she is said to be having an affair.

A resident of Visakhapatnam, she was married to a man from Srikakulam two years ago. On Monday, the second wedding anniversary, they went to Simhachalam temple and from there came to the beach, where the woman disappeared. (IANS)