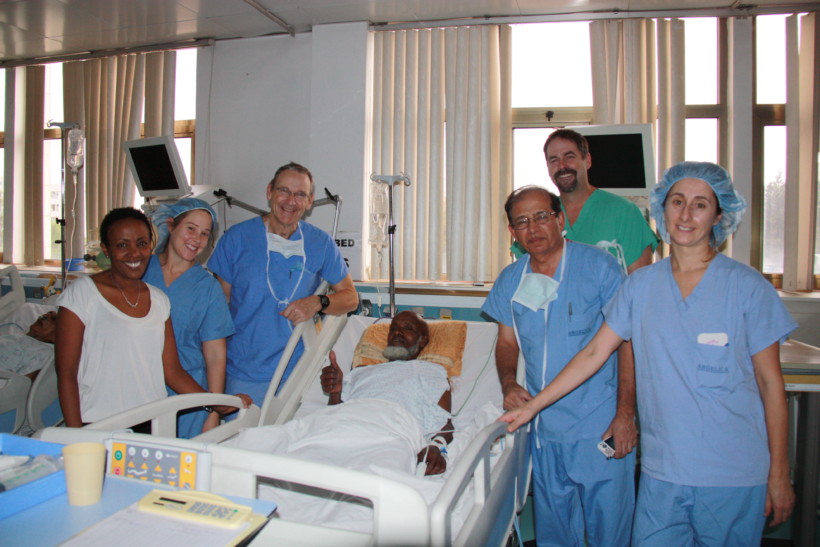 BOSTON–The Boston Cardiac Foundation team has completed another mission to  Africa, where they performed pacemaker operations, coronary stenting and angioplasty to 26 patients and helped advancement of cardiac care by educating local doctors to aid those in need.

The Boston Cardiac Foundation is a non-profit organization that brings medical technologies and services to less developed countries around the world. The BCF team, made up of physicians, nurses, and technologists, performs cardiac procedures such as pacemaker surgery and coronary stenting and angioplasty free of charge for patients who can’t afford the lifesaving treatment. Members of the BCF team have been traveling around the globe on charitable missions for over 25 years. The BCF motto is ‘helping one heart at a time’.

Boston Cardiac Foundation team members have performed over 400 pacemaker implantations in India alone and over 300 cases in Paraguay and Addis Ababa, Ethiopia. The ability to perform these procedures is due to the support from our communities both in the US and in India, as well as generous donations made by the support from Medtronic. Several companies have donated over 4 million dollars in equipment and supplies to sustain our efforts around the globe.

The 2017 mission to Addis Ababa, Ethiopia was also a very successful one. The BCF team performed 26 procedures. For the first time we were able to provide comprehensive cardiology care at the Cardiac Center of Ethiopia. We are very thankful for the efforts and help from Dr. Khether Raby who was able to coordinate coronary angioplasty and stenting. Patients with pacemakers from prior years received a check-up to ensure their device was operating properly. 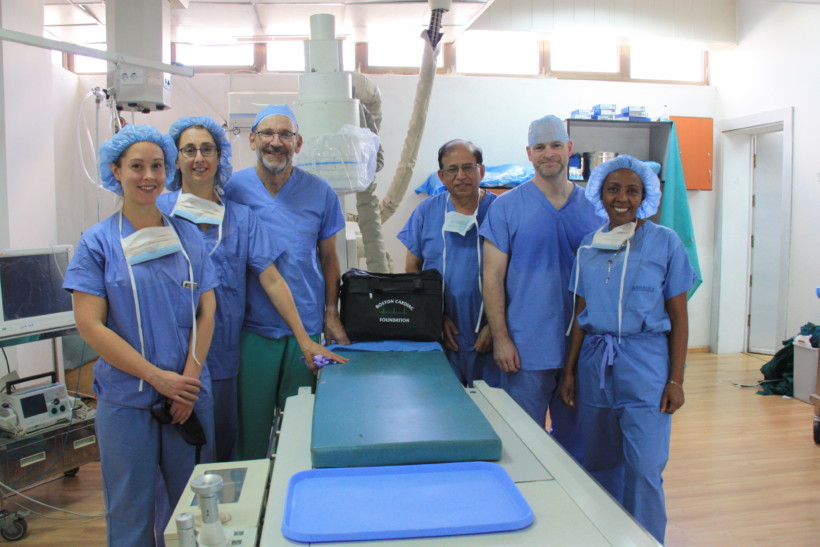 “For over 27 years I’ve gone on missions to help the poor and our team members have implanted 650 pacemakers in those who otherwise could not afford this lifesaving procedure,” Dr. Midha said. “It makes a big impact on people’s lives and that gives me the energy to go forward.”

Dr. Midha and his BCF colleagues were recently recognized for their efforts, earning a spot in the 2011 Limca Book of Records (the Indian equivalent to the Guinness Book of World Records). The team implanted the most charitable devices (11 pacemakers!) in one day.

BCF’s future missions are to Asuncion, Paraguay and New Delhi and Meerut, India in the near future.

“We greatly appreciate the support we have received from Medtronic,” the statement said.

“BCF greatly appreciates the donations from so many of our friends, physicians and golfers who have supported us over the past several years. We are grateful to the hospital administration for allowing fellow employees to donate their time for our missions.  In partnership with all our local and regional partners, we hope to support heart healthier lives around the world.”