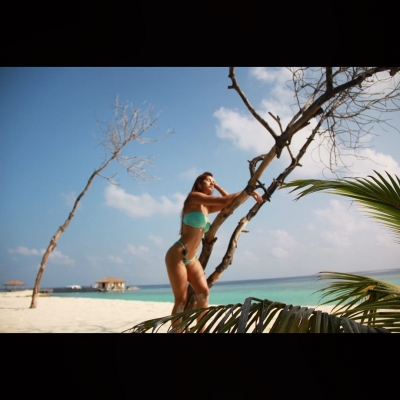 Mumbai– Bollywood actress and fitness enthusiast Disha Patani has a special surprise for fans on Wednesday. She has posted a sizzling snapshot in a tiny bikini.

Disha shared the picture on Instagram flaunting perfect curves in a tiny aqua number, and posing with a tree bark.

For the caption, she dropped a coconut tree emoji.

She is also looking forward to reuniting with filmmaker Mohit Suri on the set of “Ek Villain 2”. The actress has earlier collaborated with Mohit on their 2020 film “Malang”.