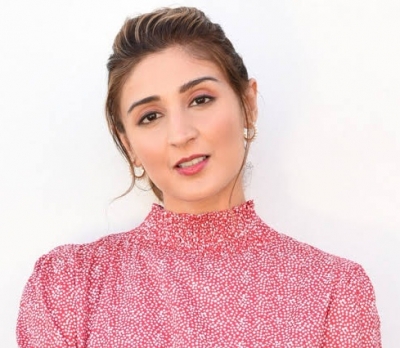 Mumbai– Dhvani Bhanushali, whose song ‘Vaaste’, became a hit, has credited the number for her success calling it a part of her identity.

The song, released in 2019, recently entered the Global Top 100 list of YouTube’s Most Liked music videos clocking more than a billion views over a period of two years.

Talking about the chartbuster track, Dhvani says, “‘Vaaste’ has given me so much love from across the spectrum. I have seen youngsters and even older people come up and hum the song for me, which for me is the biggest compliment, to be able to connect with the people who have made me what I am, my audience.”

She speaks about the song’s impressions over the Internet: “From the reels that were made around it to all the covers and the phenomenon it created, it’s been a part of my very identity. The cherry on the cake is surely the fact that it has been selected for the Top 100 Global list of songs.”

Sharing what she feels about her song being featured in YouTube’s Global Top 100 list, she adds: “When you know that you are selected on a global platform and you see your name against stalwarts in the industry such as Justin Bieber, Linkin Park, Ariana Grande and more big international pop artist, it’s a totally surreal feeling. If there was any song that could have done this for me, I knew it had to be the one that made me, ‘Vaaste'”.

‘Vaaste’, is composed by Tanishk Bagchi with lyrics penned by Arafat Mehmood and featured voices of Dhvani and Nikhil D’Souza.(IANS)