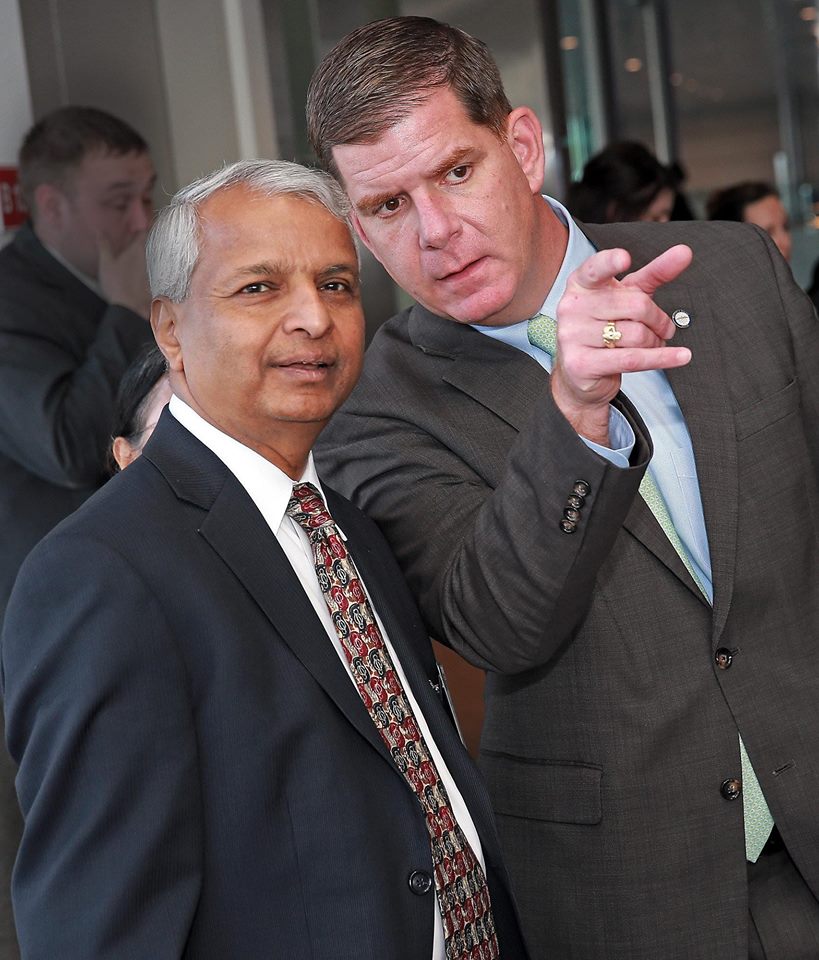 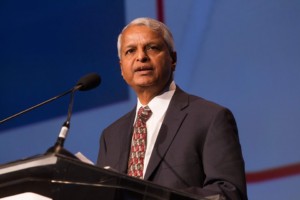 All three were inducted into the Academy of Distinguished Bostonians. To watch the video profile of Deshpande produced by the Chamber, please click here.

“The three distinguished leaders were chosen for their contributions to some of the most important issues impacting our city, state and world,” Greater Boston Chamber of Commerce has said in an earlier statement. “Each honoree has come to Boston, shared their talents and left an indelible impact on the region, using their positions to empower others in significant ways.”

Added James E. Rooney, President and CEO of the Chamber: “Not only did they make, and continue to make, a lasting positive impact on our business community, but they have all used their roles as exemplary leaders to make our region, and more importantly our world, a better place for all. Each came to the United States from different parts of the globe and changed the world from right here in Boston.”

Deshpande is president and chairman of Sparta Group LLC, a family investment office. He is also Chairman of Tejas Networks, and the founder of the Deshpande Foundation which accelerates the creation of sustainable, scalable enterprises that have significant social and economic impact. Deshpande has pursued an entrepreneurial career for the last three decades.  He is involved either as the founder, a founding investor or chairman of several companies including Cascade Communications, Sycamore Networks, Coral Networks, Tejas Networks, Cimaron, Webdialogs, Airvana, Sandstone Capital, A123 Systems and Curata.

A life-member of the MIT Corporation, his support made the MIT’s Deshpande Center for Technological Innovation possible. Leveraging the experience gained at the MIT Center, the Deshpande Foundation has facilitated the setup of three other centers;  Deshpande Center for Social Entrepreneurship in India, EforAll (formerly known as the Merrimack Valley Sandbox) in Lowell/Lawrence Massachusetts and Pond-Deshpande Center at the University of New Brunswick in Canada. Deshpande was co-chair of the National Council to support President Obama’s innovation and entrepreneurship strategy.

The 2016 Annual Meeting of the Chamber, where Deshpande, Grimaldi, and Marshall were honored, was held on May 10 at Boston Convention Center in Boston.

The Greater Boston Chamber of Commerce is the region’s leading business association connecting 1,500 businesses of all sizes from virtually every industry and profession.

In April, the Boston Museum of Science honored the Deshpande Foundation and Desh and Jaishree Deshpande with the Stars of STEM Award in recognition of their support of the Museum and other institutions in educating the next generation of scientists and engineers.