New Delhi–The Yamuna river, often called Delhi’s lifeline, is gasping for life. The 22-km stretch along the national capital has virtually no aquatic life — thanks to over 20 drains that pour untreated sewage and other waste into the river.

It is not that Yamuna river has no aquatic life at all. Upstream from Wazirabad — before the river enters Delhi — it is home to turtles, different species of fish, crocodiles and an abundance of aquatic plants and phytoplankton. But as it enters Delhi, the river starts to die. 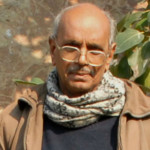 Noted ecologist C.R. Babu, who is helping the Delhi government in developing a riverfront for the Yamuna, says that the river is in fact “ecologically dead” in the 22 km urban stretch — between the Wazirabad and Okhla barrages.

“Downstream from Wazirabad, the river is ecologically dead as it has no aquatic life. Low levels of dissolved oxygen (DO) and a very high degree of pollution are the reasons that killed the river,” Babu told IANS.

A retired Delhi University professor, Babu says that sewage from 21 nullahs (drains) flow into the river, polluting it to a level that is enough to kill the components essential for maintaining aquatic life.

Agents like phytoplankton are responsible for sustaining the aquatic food web by creating organic compounds from carbon dioxide dissolved in the water.

“In the urban stretch of Yamuna there are no phytoplankton or zooplankton left; these play an important role in maintaining the aquatic life of any water body. They have vanished,” he said.

The 21 nullahs discharge around 850 MGD (million gallons per day) of sewage into the Yamuna every day. Of these drains, 67 per cent pollution is caused by the Najafgarh drain alone. The stench emanating from the river can make one nauseous.

The 33 Sewage Treatment Plants (STPs) operational at present treat only 390 MGD of this, although even their total combined capacity of 640 MGD is inadequate to treat all of the sewage emptied into the river.

The river, which normally flows through the city in the form of a big ‘nullah’ with no water life, is these days flooded because of heavy monsoon rains which may temporarily revive some aquatic life.

“We can witness some free-floating phytoplankton and fishes in the urban stretch of the river because of some excess of fresh water in the river, but this is all temporary,” says Babu.

According to a report of the Central Pollution Control Board, the current level of DO in the river is only around 1 mg per litre, while it should be between 4 to 5 mg/l to sustain life.

Sushmita Sengupta, Deputy Water Programme Manager at the Centre for Science and Environment, quotes government data to substantiate these figures. According to numbers provided in the Lok Sabha, she says, the quantity of DO at Nizamuddin is 1.5 mg/l and at Okhla it is 2.4 mg/l.

“The formation of coliform bacteria is very high due to pollution. It is formed from raw sewage, and the Delhi stretch of Yamuna is no different than a sewer drain. This is a major factor discouraging aquatic life in the river,” Sengupta told IANS.

Ammonia levels, which should to be at a maximum level of 1.2 mg/l, also shoot up to 12 mg/l at some points in the city.

Research biologist Chaitra Baliga, who has worked extensively on turtles in various parts of the country, says that other than in Delhi, the Yamuna contains rich aquatic life.

Besides different species of fish, crocodiles, turtles and mugger crocodiles, even fresh water Gangetic Dolphins can be found in some stretches of the river near Hamirpur, in Uttar Pradesh.

“The high degree of pollution in the Yamuna in Delhi is not favourable for aquatic animals. Fresh water during the monsoon may dilute some of the river’s pollutants, but that will not have any sustainable effect on aquatic life,” Baliga told IANS, adding that river-bed construction and human interference are equally responsible for the ecological imbalance in the river.

Delhi Water Minister Kapil Mishra said the government was working seriously to clean the river and bring the Yamuna back to life.

“The construction of 14 STPs is going on and we will complete it by December 2017. It is our primary focus that after the STPs are made functional, untreated water will not be allowed into the river,” Mishra told IANS.