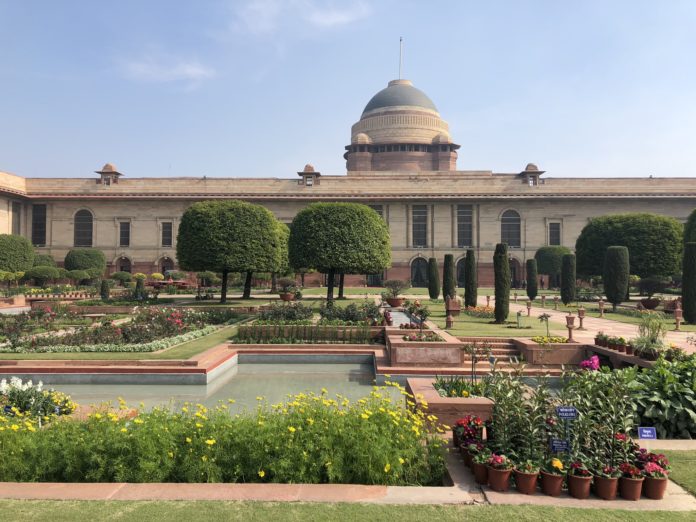 New Delhi–The iconic Mughal Garden at the heart of the President’s Estate will be opened to the public from Wednesday next week, a Rashtrapati Bhavan statement said on Sunday.

The Mughal Gardens saw 5.18 lakh visitors last year and has received 3-6 lakh visitors every year since 2003. The Garden will be opened a day after President Kovind will open the annual “Udyanotsav” of Rashtrapati Bhavan on February 4 (Tuesday).

The main attraction of this year’s “Udyanotsav”, beside Tulips and Exotic flowers, are bulbous flowerings.

Around 10,000 Tulips specially cultivated in Mughal Gardens are expected to bloom in phases during February. They are in vivid colours of red, white, orange and yellow mixed with red and pink.

Flower Carpets in magnificent designs will also be on display in the central lawns revealing the skill and craft of the gardeners of Rashtrapati Bhavan.

The dominant colour scheme of this year’s ornamental flowers is white, yellow, red and orange.

As in previous years, a small beautified cactus corner with interesting varieties of cactus and succulents has been landscaped, the statement said, adding air purifying plants have also been showcased in Garden.