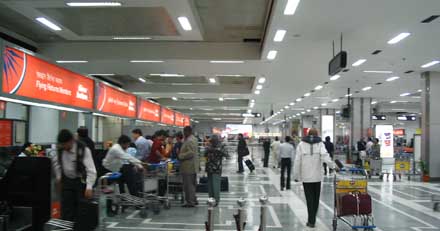 “We are fully prepared to handle flight operations this year. CAT-IIIB (the instrument landing system) installed at Delhi Airport is capable of handling flight arrivals with runway visibility range of up to 50 metres,” DIAL CEO I. Prabhakara Rao said in a statement.

“We are proud of the team-work displayed by IGIA stakeholders every fog season with a collective aim of enhancing passenger convenience and safety,” he added.

The three runways at the IGI Airport– 28, 29 and 11 — are certified for CAT III B operations, which would allow landing of the compliant aircraft with visibility as low as 50 metres, while aircraft can take off with visibility of 125 metre, the statement said.

DIAL, a consortium of GMR group, the Airports Authority of India (AAI), and Fraport (Frankfurt Airport Services Worldwide), also said that it has made required arrangements to make convenient passengers’ stay at the airport by flashing frequent displays of expected delays of flights, introducing additional helpdesks, and deployment of staff at various points, among others.

Other measures taken to ease the travel on the city side include, the use of retro reflective paints along the airport road for smooth taxi flow, adequate lighting in the car parking, and deployment of additional traffic marshals to the taxi flow in fog, etc.

“AAI has made all the necessary arrangements to ensure uninterrupted provision of safe, efficient and orderly air traffic services at IGI Airport. All the DGCA (Directorate General of Civil Aviation) mandated guidelines and recommendations in respect of IGI Airport, have been implemented by AAI,” AK Bhardwaj, General Manager, Air Traffic Movement (ATM)-ATC said in the statement.