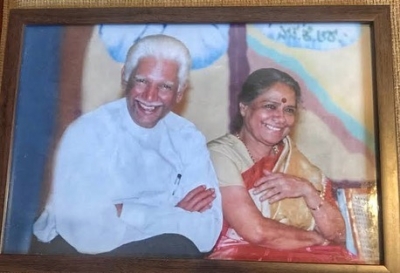 Chennai–The decision of late Kannada actress Bhargavi Narayan, who also happens to be the grandmother of south Indian actress Samyukta Hornad, to pledge her body to science after her time is winning hearts online.

Samyukta Hornad, who has predominantly acted in Kannada movies, took to Instagram to post about the demise of her grandmother, who is a well known actress herself in the Kannada film industry.

Stating that her grandmother had passed away at around 7.30 pm on February 14, actress Samyukta said, “In 2003, my ajja, Nanitaata, had willed that his body be donated to science. Now my Ajji too has followed him. In deference to her will, we moved her body to St John’s Hospital, where she had registered to donate her body.

“She was clear that there should be no fuss, no rituals. I just got my forms…”

The selfless act of the veteran has touched the hearts of netizens, who have been lauding the move.

Replying to Samyukta’s post, one follower said, “Salute to both of your grandparents, it feels awesome to see the scientific temper and the legacy they have kept alive ! Such a necessity during these times! , you are very fortunate to have them as your grandparents.” (IANS)