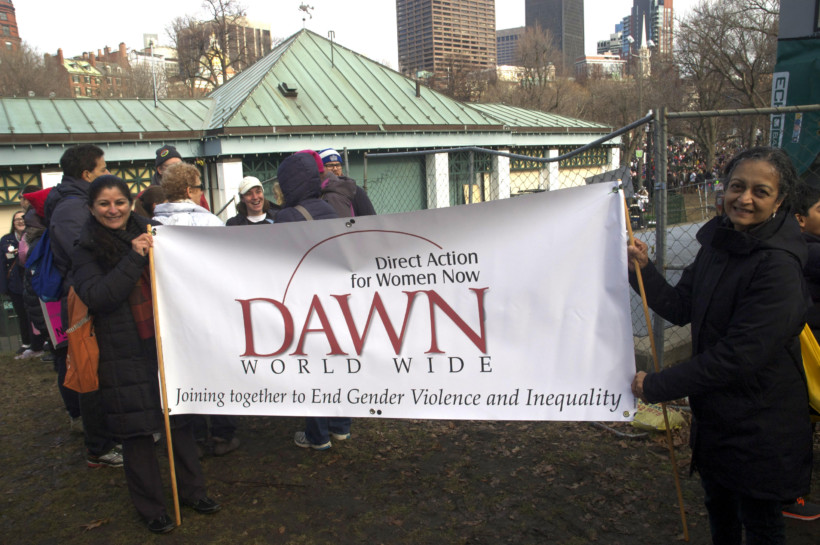 BOSTON– Volunteers of the Direct Action for Women, a Boston-based non-profit organization known as DAWN, gathered along with people of all ages at the Boston Common on Jan. 21 to join the Women’s March for America in Boston. 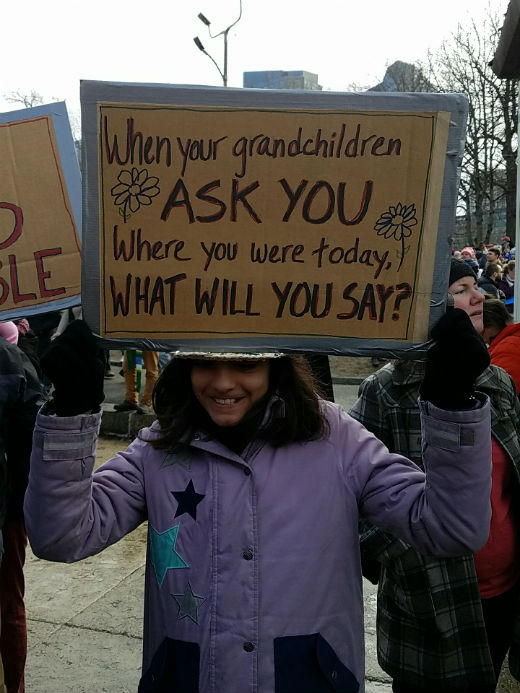 “I would never have imagined that riding to the Boston Commons in an overcrowded T, with barely any room to breathe, would be one of the most inspiring experiences in my life,” said DAWN Treasurer Anu Chitrapu. “As the T reached Park Street, people spontaneously broke into song singing this land is your land… At that moment I knew what bystander engagement, solidarity and support looked like.”

The sun was out as marchers inched along a one-mile route, chanting slogans. Speakers, including US Senator Elizabeth Warren and Boston Mayor Martin J. Walsh motivated the crowds with their words before the march kicked off a little after the designated 12:30 PM. There was an array of innovative protest signs present. More than 200 organizations were joined the march at the Common, including DAWN Worldwide.

“Issues that concern gender equality affect all of us.  DAWN Worldwide has been building awareness and training people in India as well as in Cambridge.  We hope to spread our work to more places,” said Geeta Aiyer, co-founder of DAWN Worldwide.

The Boston women’s march was organized in parallel with the Women’s march in Washington D.C., a peaceful protest to bring home the message that women’s rights are human rights. The March saw the participation of millions in the US, and many more around the world.

Aiyer, along with the rest of DAWN Worldwide’s volunteers, were inspired and energized to see the number of people who turned up to protest.

“It’s going to be important going to keep these issues alive,” Aiyer said. “For each person, a different issue might have been more important, such as race, class, gender, the environment, etc. I think it is the recognition of our interconnected future that gives us the energy to protest.”