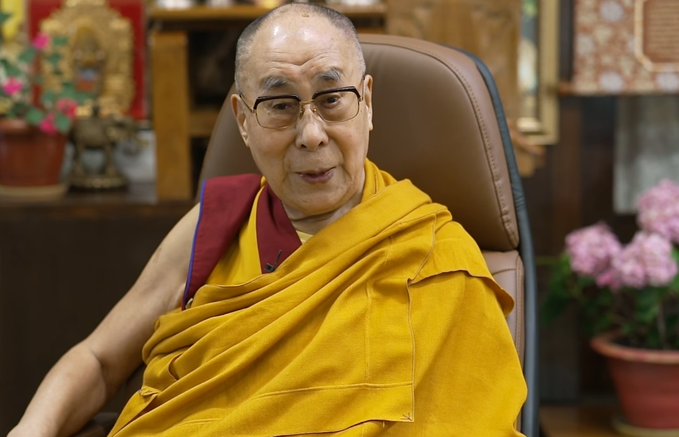 Dharamsala–Tibetan spiritual leader the Dalai Lama on Sunday congratulated Joe Biden on his election as the next President of the US, saying climate change is indeed pressing.

“As you may be aware,” he wrote in a letter to to the President-elect, adding: “I have long been an admirer of the US as the anchor of liberty, democracy, religious freedom and the rule of law.”

“Humanity places great hope in the democratic vision and leadership of the US as leader of the free world. Particularly in these challenging times, I hope you will be able to contribute to shaping a more peaceful world in which people suffering poverty and injustice find relief.

“The need to address these issues, as well as climate change, is indeed pressing,” the Nobel Peace Laureate added.

“May I also commend you for your choice of a woman, Kamala Harris, to be your Vice President.

“Following my devolution of political authority over matters relating to the cause of Tibet to the elected Tibetan leadership in exile, I have been committed to promoting human values, religious harmony and the principles of non-violence and compassion, which I believe are very much needed in today’s world.

“I would like to thank you for your support for the Tibetan people, during your time in Congress and the previous administration, as well as for your statement in September this year. It has been the Tibetan people’s good fortune to have received the friendship and encouragement of the American people and their respective Presidents in our endeavor to protect and preserve our ancient Buddhist culture — a culture of peace, non-violence and compassion — that has great potential to benefit humanity as a whole.

“On their behalf, I take this opportunity to express my gratitude once again,” the elderly Buddhist monk said.

Wishing him every success in meeting the challenges that lie ahead in fulfilling the hopes and aspirations of the people of the US and in contributing to a more peaceful and harmonious world, His Holiness concluded his letter by offering his prayers and good wishes. (IANS)