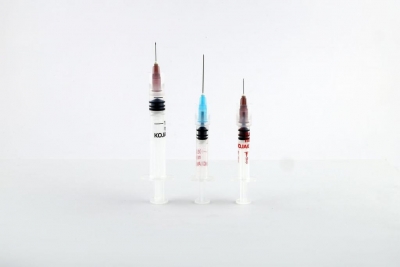 London– Two doses of Covid vaccine are known to elicit high antibody response, but among some people with weak immune systems the response remains low or absent, according to a study.

Researchers from the University of Birmingham in the UK said the group includes people with vasculitis disease — inflammation of the blood vessels — who are taking a strong medicine called rituximab, the BBC reported.

The study, published as a pre-print by The Lancet medical journal, enrolled 2,583 patients including those with cancer, inflammatory arthritis, diseases of the kidney or liver and those who are having a stem cell transplant.

Findings from lab tests on blood samples from 600 of these volunteers, suggest that 40 per cent have a sub-optimal antibody response after two doses of either the AstraZeneca or Pfizer vaccine.

Of those, 11 per cent fail to generate any detectable antibodies four weeks after two vaccine doses — many were patients with vasculitis on the drug rituximab.

But 60 per cent had antibody levels comparable to healthy young people and all of them had optimal levels of another type of immune cell response — T cells — that can clear coronavirus infection from the body, the report said.

“While 40 per cent of these clinically at-risk patent groups were found to have a low or undetectable immune response after a double dose of the vaccine, we are encouraged that this figure isn’t higher. However, it is possible even partial protection may be clinically beneficial, and this is something we will closely monitor,a Iain McInnes, Profesor at the University of Glasgow was quoted as saying.

“As it is T cells that are particularly effective at stopping us getting severely ill and needing hospital treatment, we would expect that the vaccine is still offering substantial protection to most of these highly vulnerable people,” added Prof Eleanor Riley, an expert in immunology and infectious diseases at the University of Edinburgh.

According to the experts, booster shots may probably be a good idea for certain immunosuppressed people.

The UK is expected to begin offering vulnerable groups a booster shot next month, but is waiting for recommendations from independent advisory body Joint Committee on Vaccination and Immunisation (JCVI) .

The booster dose will be prioritised for people who received the Covid shots when the vaccination programmes were first rolled out last December, according to Health Secretary Sajid Javid. (IANS)