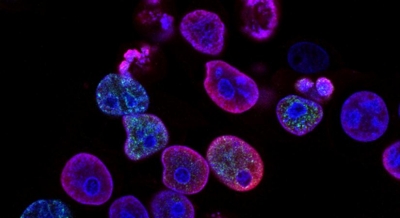 “This is a study that identifies a potential vulnerability created by type I IFNs in pancreatic cancer that can be leveraged for what appears to be an effective therapeutic strategy,” said researcher Timothy Donahue from the University of California – Los Angeles, in a mice-based study.

After the researchers delineated the mechanism by which the NAD depletion occurs, they demonstrated that cells with high IFN signalling were more sensitive to Nicotinamide phosphoribosyltransferase (NAMPT) inhibitors, which inhibit a major pathway in NAD synthesis.

Based on this mechanism, recently developed second-generation NAMPT inhibitors could potentially be used in combination with new systemic drugs, called STING agonists, which increase type I IFN signalling, according to a paper published in the Proceedings of the National Academy of Sciences .

When tested in mice, the combination of IFN signalling and NAMPT inhibitors not only decreased pancreatic tumour growth, but also resulted in fewer liver metastases.

“With the advent of these two new and improved therapeutics, our findings are timely as their combination may sensitize tumours to NAD depletion,” said lead author Alexandra Moore from the varsity.

The findings provide evidence that if tumours with high IFN signaling can be identified, or if IFN signalling can be amplified in tumour cells, those tumours may have greater sensitivity to treatment with NAMPT inhibitors. If so, the combination could potentially help improve the prognosis for one of the most difficult cancers to treat, the team said. (IANS)