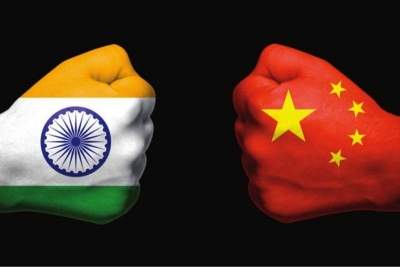 New Delhi– China is insisting that India vacates strategic heights on the south bank of Pangong Lake ahead of talks on disengagement on the LAC, top Indian Army sources said.

During the Corps Commander-level talks, China told India that will not discuss disengagement in eastern Ladakh, where the build-up by both sides has triggered a war- like situation over the last four months, till the time India vacates the strategic positions.

Chinese People’s Liberation Army troops are adamant on resolving the situation first on the south bank where the Indian troops are in position of strength tactically, but India wants a roadmap for de-escalation all along the Line of Actual Control (LAC) in eastern Ladakh to be drawn out. 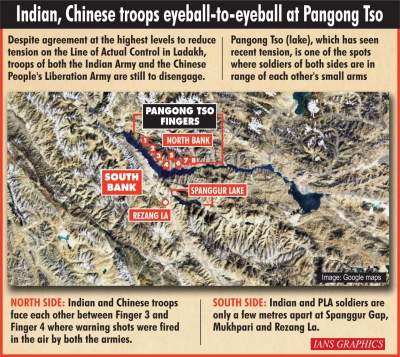 India stated, during the talks, that all friction areas, including Depsang, should be discussed for disengagement all along the LAC.

“Why should discussions be restricted to one or two places when there is a massive build-up all across the LAC,” a top Indian Army officer said.

India has occupied critical mountain heights on the south bank of the Pangong Lake, including Rechin La, Rezang La, and Mukpari that were unmanned till now.

This step, along with some others peaks it holds, allows India to dominate the Spangur Gap under Chinese control and also the Moldo garrison on the Chinese side.

This has irked the PLA which has made multiple attempts to dislodge Indian troops, leading to instances of warning gunshots being fired.

India had changed the rules of engagement after the Galwan Valley clash of June 15 where 20 Indian soldiers and unknown number of Chinese soldiers were killed.

After that, the Indian Army had empowered its commanders on the ground to take a decision whether to use firearms if their troops face a life-threatening situation and this has been communicated to China as well, sources said.

The Indian Army has also put barbed wire obstacles near the heights under its control at the LAC, signalling to the Chinese not to enter its territory.

Three days ago, the Indian and Chinese sides, in a joint statement, after the 14-hour-long diplomatic-military talks in Moldo said that both have agreed to implement the consensus reached by their leaders over the border issue.

On September 21, senior Indian and Chinese commanders held the 6th round of Military Commander-Level Meeting.

“The two sides had candid and in-depth exchanges of views on stabilising the situation along the LAC in the India-China border areas,” Indian Army had stated.

The two sides also agreed to hold the 7th round of the Military Commander-Level Meeting as soon as possible, take practical measures to properly solve problems on the ground, and jointly safeguard peace and tranquility in the border area.

It was for the first time that the Indian delegation had two Lt Generals, two Major Generals and a Joint Secretary from the Ministry of External Affairs (MEA).

Headed by Lt Gen Harinder Singh, Commander of the Leh-based 14 Corps, the Indian delegation also had Lt Gen P.G.K. Menon from the Army headquarters in Delhi.

Menon will eventually take over Commander of the 14 Corps in November.

Joint Secretary, East Asia, Navin Srivastava was there to ensure that deliberation with China takes place on an agreed five-point roadmap, including quick disengagement of troops, between both the countries.

The countries reached he five-point roadmap during the talks between External Affairs Minister S. Jaishankar and his Chinese counterpart Wang Yi in Moscow on September 10.

India and China are engaged in a four-month-long standoff at the LAC in Eastern Ladakh. Despite several levels of dialogue, there has not been any breakthrough and the deadlock continues. (IANS)