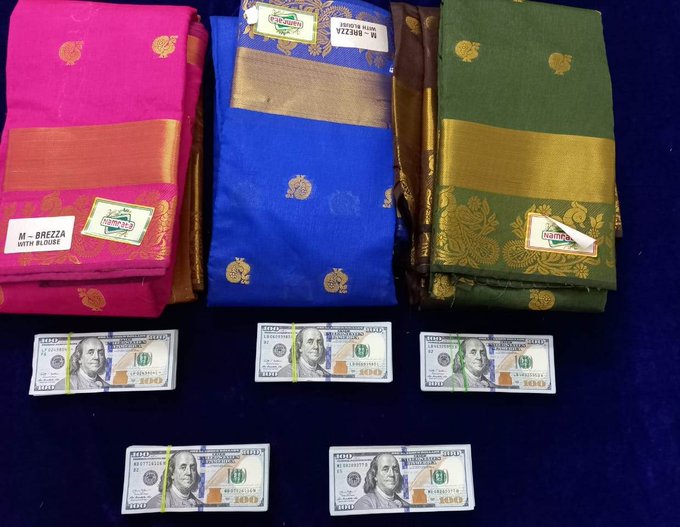 Chennai– The Customs department here on Thursday said two persons have been arrested for trying to smuggle foreign and Indian currencies worth Rs 1.36 crore out of the country.

Based on a tip-off, officials of the Customs department detained three courier parcels bound for Singapore.

Two parcels were declared to contain 15 sarees each, shawls and others were taken up for examination.

The customs department found American dollars worth 50,000 (Rs 37 lakh) concealed in envelopes inside the sarees. In the other parcel, foreign currency worth Rs 69.5 lakh was found concealed inside sarees.