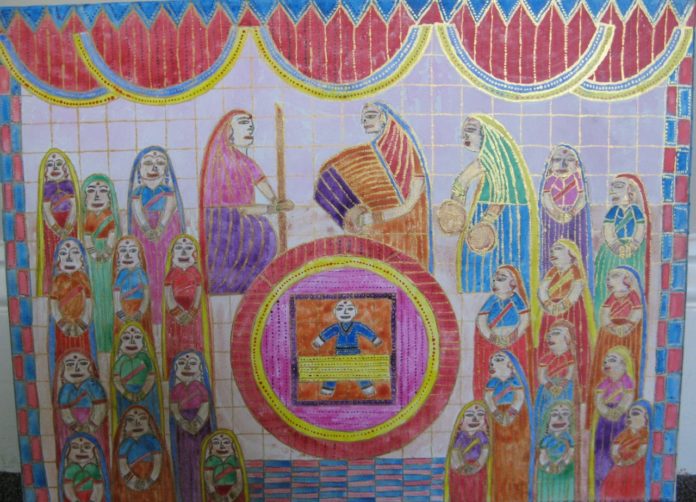 Held at Lynnfield Public Library located at 18 Summer Street in Lynnfield from Monday 9th March until Saturday 9th May, the exhibition offers 21 paintings of different shapes and sizes of canvas with multicolored and gold acrylic paints.

The painting reflect childhood memories, from traditional Hindu Ceremonies, African Folklore and the array of many cultures of the diverse population of Trinidad & Tobago in the Caribben.

A sneak peek into this Exhibition as stated by the artist Indra Persad Milowe.

JAB MOLASSIE: I was 6 years old and awakened to non-stop whistles in front of our new home in Curepe. I peaked out the window and saw a band of Blue Mas (players) outside our gate shouting, “Pay the Devil”. I was really scared and hid inside. My mother saw that “I was ‘fraid” (Trini Talk) so she gave me a handful of coins and said, “Throw the money for them”. They picked up all the coins, then moved over to the house next door. I was relieved! They leaped and pranced, smeared in blue paint and molasses, wearing wings, horns and wire tails while carrying pitch forks.

They all had whistles in their mouths that dramatized their movements, and threatened to smear spectators unless they paid them off. Their dancing and performance were accompanied by men beating empty biscuit and oil cans. They had metal chains around their waists, symbolizing the slave trade that finally ended in the 19th century. 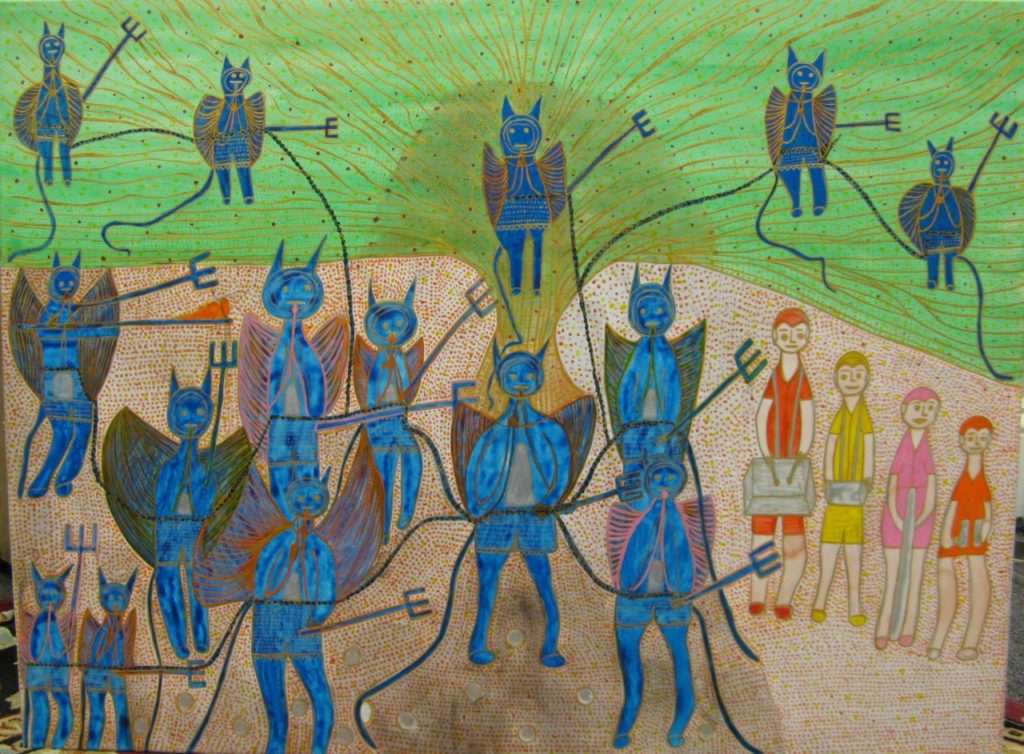 The combination of molasses and soot on their faces and bodies, is a reminder of the arduous toil of the slaves in the fields, cutting the sugar cane and heating it over large fires to extract the molasses. Jab is the French patois for “Diable” (Devil), and “Molassie” is the French patois for “Melasse” (Molasses). This is known as a Devil Molasses Mas which is played annually in Trinidad and Tobago Carnival.

I am designing this painting for an “Art Installation” of a Carnival Band with players and musicians.

BARAHE or CHATTI: When a boy or girl is born, this is a very popular Hindu Celebration. I was 7 years old when my cousin Vishnu was born in his parent’s bed at our grandparents’ home. It was held on the 12th day after his birth, the evening of this Celebration, many female guests arrived and were served delicious food and drinks. 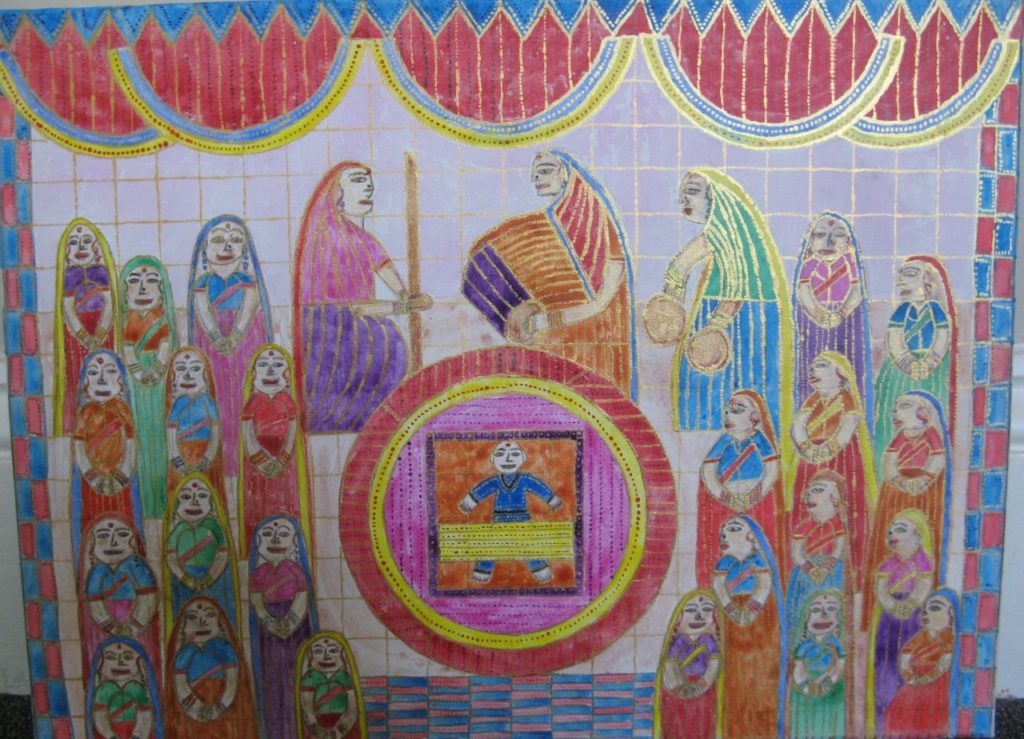 Afterwards we all sat around the baby on the floor, rejoicing while singing chutney, sohar songs and clapping. It was accompanied by the Dholak, hand drum & a Dhantal, metal rod. My aunt would stand up as she struck the Majeera, cymbals faster and faster, then everyone in the room got up to dance. The participation of friends and relatives, from both parents’ families emphasized the importance of birth in continuing lines and cementing family bonds.