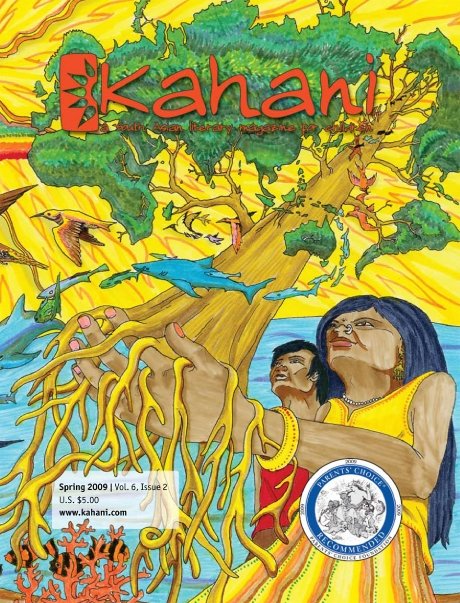 NEWTON, MA – Banking on a new generation of young readers, Kahani magazine released its first digital issue this week. The rising print and mailing costs had forced it to cease publishing in 2010.

“Nobody does holiday stories quite like Kahani,” said Kahani Editor Monika Jain. “It’s the perfect issue to kick off our reboot.”

Kahani published for seven year as an ad-free print magazine that showcased the best of South Asian cultures through original storytelling, art, and activities.

“Featuring the work of many award-winning writers and illustrators, Kahani also won its share of accolades, including a handful of the coveted Parents’ Choice awards,” Jain said in a statement.

She said rising print and mailing costs forced it to cease publishing in 2010.

“But in that time, a whole new generation of readers has come of reading age,” said Jain. “And because our content is evergreen, what was relevant then is still pertinent today.”

Kahani illuminates the richness and diversity that South Asian cultures bring to North America. The editorial mission at Kahani is simple: empower, educate, and entertain. The published material is exclusive to Kahani and has been written and illustrated by South Asian professionals.