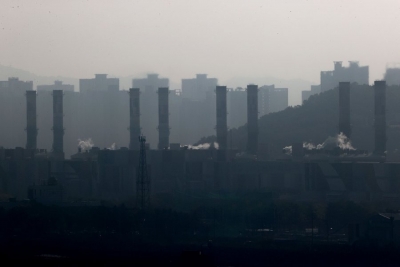 Through an inter-provincial Memorandum of Understanding, the governments of Ontario, Saskatchewan, New Brunswick and Alberta have put forward a nuclear plan that will transition them toward cleaner energy with the first 300-megawatt plant to be built in Darlington, Ontario, by 2028.

The province of Saskatchewan is capable of having two SMRs, but the focus is currently on one with the goal of it being operational by 2034, Xinhua news agency reported, citing the local media.

In 2019, Ontario, New Brunswick and Saskatchewan signed an agreement toward evaluation of new SMR technology, with Alberta joining in 2021. Small modular reactors are nuclear reactors that are significantly smaller and more flexible than conventional nuclear reactors.

The reports said the provinces’ strategic plan will support deep reductions in Canada’s GHG emissions to ultimately achieve net zero by 2050, aiming to position Canada as a global exporter of SMR technology for use in both on-grid and off-grid applications.

According to the Canadian Nuclear Association, about 15 percent of Canada’s electricity comes from nuclear power, with 19 reactors mostly in Ontario providing 13.5 GWe of power capacity.

For many years Canada has been a leader in nuclear research and technology, exporting reactor systems developed in Canada as well as a high proportion of the world supply of radioisotopes used in medical diagnosis and cancer therapy.(IANS)