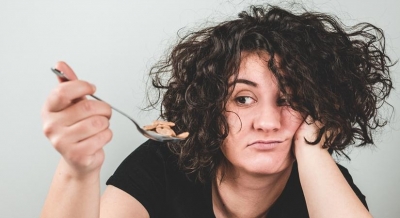 New Delhi– The most recent Netflix’s series ‘The Crown’, throws light on Princess Diana’s fight with an eating disorder – Bulimia Nervosa, a perilous eating disorder of bingeing and then purging the food. This condition is a rising concern seen among young people today, and numerous such cases are currently being accounted for in India. Eating disorders are common but under-diagnosed conditions and are classified into different types based on the clinical features.

Bulimia nervosa is one of the most prevalent eating disorders and predominantly affects females (up to 2 per cent of females) of which 95 per cent are in the 12-25-year age group, Dr. Pramod Krishnan – Consultant and HOD – Neurology, Manipal Hospitals tells IANSlife. However, the incidence in males is increasing, he points out.

Since Bulimia is a disorder that can go unnoticed among parents, the expert shares the signs to watch out for:

These episodes should occur at least once a week for a minimum period of 3 months to qualify for a diagnosis of bulimia nervosa. The cause of this condition is unknown and is probably multifactorial involving environmental influences like societal idealisation and emphasis about body shape, anxiety, personality disorders and sometimes, childhood sexual abuse. Genetic factors related to neurotransmitters like serotonin and dopamine may play a role.

Patients often feel they are ‘fat’ and are unduly concerned about their body image, like body weight and shape.

They develop weight fluctuations, swelling of feet, parotid gland enlargement, dental erosions, and calluses on fingers due to episodes of binge eating and induced vomiting.

They often develop complex eating and exercise routines with frequent visits to the bathroom.

Tests for metabolic and hormonal abnormalities are required as these complications may arise from the eating and purging habits. Patients with bulimia nervosa have a higher mortality rate compared to the general population.

The treatment requires a multi-disciplinary approach working in sync with the patient and family, involving:

Psychotherapy is the foundation for successful treatment of bulimia nervosa

Mindfulness practices like meditation and yoga are also helpful

Medications like SSRIs may be useful in patients with psychiatric symptoms or not responding to psychotherapy. About 80 per cent of patients recover with therapy but 20 per cent may relapse and may be challenging to manage. (IANS)