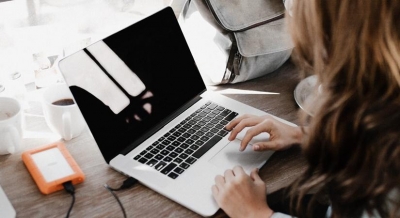 New Delhi– Bangalore headquartered Script a Hit, is a platform that helps people with ideas, but not the proficiencies, time or resources to turn their thoughts into a novel, to get published or create scripts for audio-visual content production. The idea is to break down the barriers to publication and screenwriting.

The platform is the brainchild of Jaishankar Krishnamurthy, who had aspired to write a novel for over four decades, but due to the lack of time and skills, but it materialised into books. He realised that there must be millions of people in India who may have great ideas but don’t have the necessary means to turn their notions into novels. To help such people fulfil their dreams of being a published author, Krishnamurthy along with his wife Krishna Udayasankar, Co-Founder of the company, along with a few friends began ‘Script A Hit’, a website where anyone’s dreams of becoming a published author can come true.

IANSlife caught up with them to get more details on the platform.

Q: How is ‘Script a Hit’ different from a publishing company?

A: ‘Script a Hit’ does not aim to publish manuscripts, rather our aim is to help people transform their ideas into manuscripts that can then be submitted to leading publishers, to be published as books. As a result, what we look for in terms of submissions is not the entire manuscript, but a concept note — the seed of what can be a spectacular novel.

Many people may have amazing ideas but do not have the skills, time or resources to turn that idea into a complete novel. We cater to these individuals by helping bridge the process between idea and manuscript.

As a result, once we accept the submitted idea, we employ professional writers to convert the idea into a novel. We then will approach reputed publishing companies to publish the novel.

In short, we see ourselves as adding value by serving as a bridge between the ideator and publishing houses, thereby serving both their needs.

Q: How did the idea of ‘Script a Hit’ come to your mind? Who is it meant for?

A: The idea came from me, as I had been aspiring to write a novel for four decades but somehow could never complete a single book. Being married to a successful writer, Krishna Udayasankar, who has published many bestsellers, I pitched her a plot, which she then worked on using her exceptional skills. Now, my first book, ‘Farside’, co-authored with Krishna is forthcoming from Penguin Random House in October 2021.

I have also completed my second novel in collaboration with another writer. The book, ‘Mind Games’ is currently being pitched to various publishers by the reputed Redink Literary Agency.

For my third book, I engaged a writer to bring an intriguing financial thriller to life. I now have three complete manuscripts, with a fourth in the works, in a span of fewer than two years.

As a result of these experiences, I realised that there are several individuals like me who may not have the time or skills to write, or the resources to convert their unique ideas into novels. ‘Script A Hit’ is a unique platform for such individuals to realise their dreams of becoming an author or the creative mind behind an audio-visual production — be it a movie or an OTT series.

Q: How does the idea work?

A: Any person who has an idea can submit a detailed synopsis of their idea by registering at the website. If the idea is selected by the ‘Script a Hit’ team, we enter into a legal contract with the submitter acquiring the idea with an initial payment of Rs 10,000. We then employ professional writers, chosen with care to fit the particular genre and proceed to write out the entire manuscript. We will then pitch the manuscript to reputed publishers. Depending upon the idea, we will also simultaneously present a detailed pitch to (audio-visual) content producers.

Our aim is to get to the market a great idea in the form of a novel and/or as audio-visual content.

A portion of the proceeds from the royalty from the Publisher and amounts received from content producers will be going to the person who submitted the initial idea, and always, they will get creative credits for the final product.

Q: How many entries have you received till now?

A: We have received around 100 submissions and they are from across India. Right now we are accepting submissions in English, Hindi and Tamil. Except for one submission in Hindi, the rest have been in English. The genre of stories ranges from romance, science fiction and fantasy to crime and thrillers.

Q: In this era of OTT platforms, do you think your platform enables people to sell their ideas to these platforms. Also, how is it benefitting your brand?

A: There has been a behavioural change in viewership of late, highlighted all the more due to Covid. Many people, who previously watched only broadcast TV content are now consuming content on OTT platforms faster than such content can be produced. The same goes for a readership of books.

We aim to meet the steep increase in demand for new stories across various kinds of media by translating the best of ideas into the most captivating content.

We have the unique advantage of having onboard an accomplished writer, Krishna Udayasankar, who has optioned all of her novels to date to content producers, including the likes of Disney Hotstar and Phantom Films. She has also been engaged to write screenplays for web series, which are currently being pitched to leading OTT Platforms.

Also on board is Neha Lamba Grover, formerly of Star TV and now working with HCL Technologies in their Media Telecom sector in the US, dealing with a broad content-production client base. She brings both her contacts and considerable expertise in audio-visual content production to the table.

These, combined with our unique vision, make us a game-changer brand in the world of literary and audio-visual entertainment. (IANS)