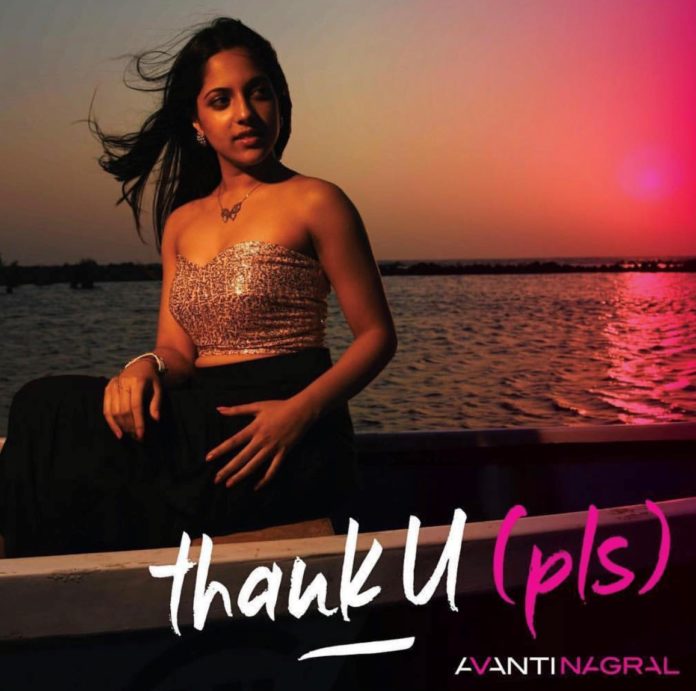 BOSTON–Pop artist Avanti Nagral has released her latest single thank u(pls) on the heels of a massive international festival performance for a crowd of 50,000 and worldwide success of The Other Side.

As the first dual degree student in the world attending both Harvard University and Berklee College of Music, she’s a trailblazer for creators everywhere.

Nagral is a performing artist and singer/songwriter from the soul of Bombay and the heart of Boston. A youth icon, a symbol for powerful women, and an electric live performer, she has captured the hearts of audiences across India, the United States, Europe, and the Philippines.

Nagral’s music is decidedly pop, but is influenced by her background in Indian Classical, Broadway, Gospel, and Devotional music. In thank u (pls), she successfully incorporates Desi (South Asian) elements (such as tabla and sitar), respecting tradition and making them mainstream.

Nagral’s new single delivers an empowered stance on heartache. While traditional breakup songs fall into two categories, cathartic tissue box and phoenix-rising-from-the-ashes, thank u(pls) compels the listener to give the relationship the respect it deserves, regardless of the past. Relationships (of all kinds) sometimes end.

“but if stormy waters made you fear the sea, i’ll leave you on the shore//just lemme leave u with a thank u (pls)”

Water-based motifs drive the lyrics of the song. thank u (pls) focuses on the many moments that make up a relationship, turning heartache into lessons, for herself and for the rest of the world. Avanti signs off, “now I know, love is real”.