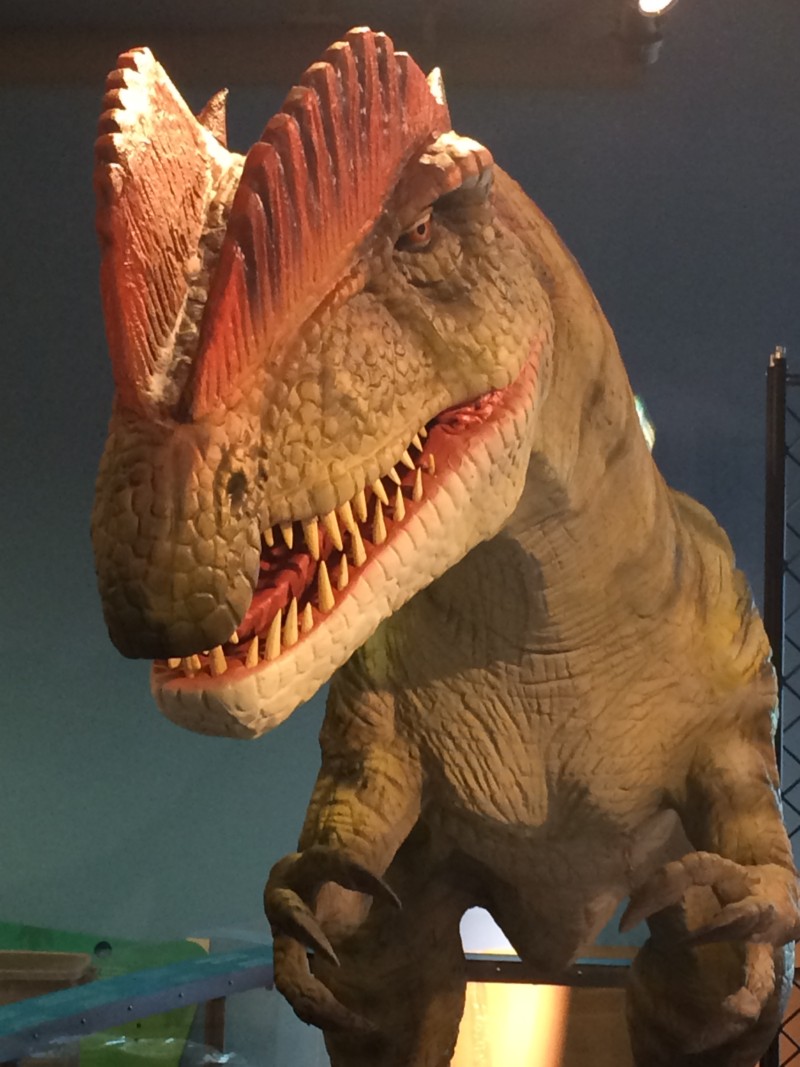 BOSTON – Boston Children’s Museum announced the opening of the hands-on dinosaur exhibit, Explore•a•Saurus, Friday, February 17. The exhibit invites children and families to assume the role of scientist and explore the evidence, the science, and the features that make dinosaurs so compelling.

Explore•a•Saurus is more than just looking at dinosaurs – it is about observing fossil evidence and developing one’s own theories about how dinosaurs may have looked and behaved. Visitors can touch and measure a fossil footprint and learn what clues it gives about a dinosaur’s size. Families can manipulate a full-size model of a dinosaur, learn about how they moved, and rearrange bone puzzles to learn about dinosaur anatomy.

“We are absolutely thrilled to present the Museum’s first-ever dinosaur exhibit,” said Carole Charnow, President & CEO. “Not only will the kids love the dinosaurs, adults will be delighted by the STEM skills their children learn as they explore this multi-faceted investigation of one of the most fascinating and fun subjects of natural history.”

Explore•a•Saurus is organized around the questions that kids most often ask about dinosaurs – How big were they? How fast did they move? What did they do? What did they look like? Each exhibit area presents direct evidence about some aspect of dinosaur anatomy or behavior, encourages visitors to analyze that evidence, and invites them to develop their own theories based on the evidence. Because many questions are still debated in scientific circles, these questions are an invitation to see science as a living and continuing endeavor.

Visitors to the exhibit are invited to:

“Like many kids, I was fascinated by dinosaurs and spent as much time at the natural history museum as I could talk my parents into,” said Alexander Goldowsky, Senior Vice President, Exhibits and Programs. “With Explore•a•Saurus, we have translated the excitement kids have for dinosaurs into an experience that lets visitors investigate, build, and create – as they explore the world of these incredible animals. We hope it fosters a lifelong interest in the amazing and creative aspects of science.”