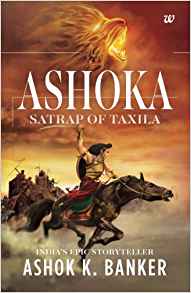 New Delhi– Read an intensely human and deeply political account of the Sikh riots; learn to value life from an autistic man; relive the extraordinary life story of emperor Ashoka; and know about the horrors of partition from people who inhabit the land through which these lines run.

IANS bookshelf offers a bunch of interesting reads this weekend.

1. Book: The Year of the Hawks; Author: Kanwaljit Deol; Publisher: Speaking Tiger; Pages: 283; Price: Rs 350
The early 1980s: A fiery preacher has outgrown his mentors and is raising an army of radicalised young men across Punjab. In Moranwale village, young Fareed is emerging from adolescence, uncertain about his future in an increasingly divided and violent society, where neither love nor hope can survive. In Delhi, Sikand, a journalist approaching middle age, struggles to keep a grip on his life even as news from the land of his childhood becomes alarming.

As terror spreads through Punjab, Fareed and Sikand find themselves in the Golden Temple in Amritsar, among armed men primed for a holy war. The two men are on opposite sides — one has joined the militants, the other will take no sides. But after the Indian Army storms the holy shrine of the Sikhs, their fates are twinned, perhaps for a lifetime.

2. Book: Fall Down 7 Times Get Up 8; Author: Naoki Higashida; Publisher: Sceptre; Pages: 273; Price: Rs 499.
In this book, Naoki Higashida shares his thoughts and experiences as a 24-year-old man living each day with severe autism.

Higashida explores school memories, family relationships, the exhilaration of travel, and the difficulties of speech. He also allows readers to experience profound moments we take for granted.

Acutely aware of how strange his behaviour can appear to others, he aims throughout to foster a better understanding of autism and to encourage society to see people with disabilities as people, not as problems.

With an introduction by novelist David Mitchell, “Fall Down 7 Times Get Up 8” also includes a dreamlike short story Higashida wrote, especially for this edition. Both moving and of practical use, the book opens a window into the mind of an inspiring young man who meets every challenge with tenacity and good humour. However often he falls down, he always gets back up.

3. Book: Ashoka, Satrap of Taxila; Author: Ashok K. Banker; Publisher: Westland; Pages: 179; Price: Rs 299
He can battle any enemy except his own family.

Ashoka has been dispatched to accompany his brother Sushim to Taxila. But when he sees the brutality and disrespect to Mauryavansh by the Pashtun rebels, he cannot stay silent. His sword is as quick as his temper, and the result is swift and bloody justice. Taxila is saved but the emperor is furious.

Emperor Bindusara, egged on by his favourite queen, Noor Khorasan, becomes convinced that Ashoka’s show of initiative is an act of treason. Even the wise words of nonagenarian Kautilya, emerging from retirement, fall on deaf ears. Queen Khorasan’s well-mounted plot to control the empire sweeps up everyone who opposes her. Suddenly, Ashoka is forced to choose between his mother’s life and his own. What will the young prince do?

The author brings alive the battles, brutality, lust and politics of ancient India in vivid detail with thrilling action.

4. Book: Gazing At Neighbours; Author: Bishwanath Ghosh; Publisher: Tranquebar; Pages: 347; Price: Rs 399
In July 1947, British barrister Cyril Radcliffe was summoned to New Delhi and given five weeks to draw, on the map of the subcontinent, two zigzagged lines that would decide the future of one-fifth of the human race.

One line, 553 kilometres long, created the province of West Punjab; the other, adding up to 4,096 kilometres, carved out a province called East Bengal. Both territories joined the new-born nation of Pakistan — an event called the Partition of India, which saw one million people being butchered and another 15 million uprooted from their homes.

Enough and more has been written about the horrors of Partition, but what of the people who inhabit the land through which these lines run?

Curiosity leads the author into journeying along the Radcliffe Line through the vibrant greenery of Punjab as well as the more melancholic landscape of the states surrounding Bangladesh and examining, first hand, life on the border. (IANS)