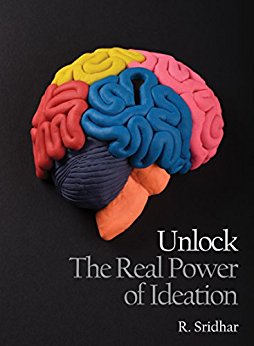 New Delhi– Read a page-turner based on the rivalry between real-life paleontologists, get a reference manual for entrepreneurs, managers and leaders who want to think better — individually or as teams — and flick through the struggles of a boy who assimilates a foreign culture and also tries to retain his traditional values.

IANS bookshelf offers a varied interest for this weekend.

1. Book: Dragon Teeth; Author: Michael Crichton; Publisher: HarperCollins; Pages: 295; Price: Rs 399
The year is 1876. Warring Indian tribes still populate America’s western territories even as lawless gold-rush towns begin to mark the landscape. In a major part of the country, it is still illegal to espouse evolution. Against this backdrop, two monomaniacal paleontologists pillage the Wild West, hunting for dinosaur fossils, while surveilling, deceiving and sabotaging each other in a rivalry that will come to be known as the Bone Wars.

Into this treacherous territory plunges the arrogant and entitled William Johnson, a Yale student with more privilege than sense. Determined to survive a summer in the west to win a bet against his arch-rival, Johnson has joined world-renowned paleontologist Othniel Charles Marsh on his latest expedition. But when the paranoid and secretive Marsh becomes convinced that Johnson is spying for his nemesis, Edwin Drinker Cope, he abandons him in Cheyenne, Wyoming, a locus of crime and vice.

Johnson is forced to join forces with Cope and soon stumbles upon a discovery of historic proportions. With this extraordinary treasure, however, comes exceptional danger, and Johnson’s newfound resilience will be tested in his struggle to protect his cache, which pits him against some of the West’s most notorious characters.

A page-turner that draws on both meticulously researched history and an exuberant imagination, “Dragon Teeth” is based on the rivalry between real-life paleontologists Cope and Marsh; in Johnson readers will find an inspiring hero only Michael Crichton could have imagined. Perfectly paced and brilliantly plotted, this enormously winning adventure is destined to become another Crichton classic.

2. Book: Unlock The Real Power Ideation; Author: R. Sridhar; Publisher: Productivity and Quality; Pages: 318; Price: Rs 360
Why are bright managers unable to think differently? Why are ideation sessions not productive as managers would like to be? Why do senior leaders kill ideas when their support is most needed?

The author answers all these troubling questions and many more. He then sets you on a practical step-by-step process to unlock the real power of ideation.

“Unlock the Real Power of Ideation” is a simple and powerful reference manual for entrepreneurs, managers and leaders who want to think better, individually and as teams.

3. Book: The Full Circle; Author: Ratan Kaul; Publisher: Frog; Pages: 255; Price: Rs 250
Every change in Rohit’s life is like a turn of the wheel, for good or for bad, but it is not in his hands as someone else governs his fate.

In the early 1980s, fresh graduate engineer Rohit commences his career in a steel factory, located in a remote tribal region in central India. The journey starts with his youthful frolics within a team of young professionals and his budding relationship with a tribal girl.

Then starts his zealous crusade for getting compensation for the distressed tribal villagers, who have been evacuated from their lands and deprived of their livelihood due to the construction of a dam and power plant.

His roller-coaster journey is beset with job challenges, factory intrigues and blackmail, alongside intense societal barriers to his effervescent romantic relationship. In search of greener pastures, he moves to the US, where he progresses gradually. Supported by the technology revolution in the nineties, he rises to join the techno-elite by the turn of the century.

But he is beleaguered by his crumbling relationships and the growing conflicts between assimilating a foreign culture and his retaining traditional values. Ultimately, he chooses to return to his country to live the kind of life more known to him. (IANS)