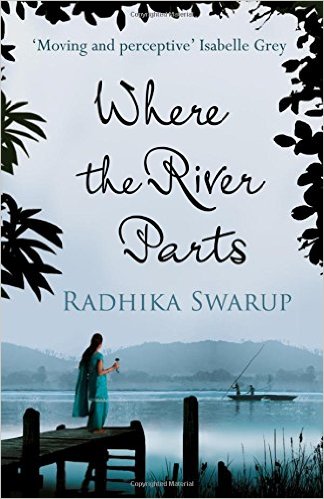 New Delhi– Enjoy bright and unique illustrations alongside an interesting telling of Ramayana; read the splendid translation of an important work of Sanskrit literature — the Harivamsha. Also, wade through an irrepressible blogger’s memoir, know the story of a young girl that revolves around the partition of 1947 and bury yourself in an unforgettable tribute to India and its people.

The IANS bookshelf offers interesting mythological reads and other fiction this weekend.

The story of Rama is so powerful and well-loved that many writers have told it again and again over the centuries. For children, there have been several tellings of the great Indian epic. But there have been hardly any that adhere faithfully to the oldest version of Rama’s story: Valmiki’s Ramayana composed in Sanskrit about 2,500 years ago.

This version is based entirely on the original Sanskrit text. The author puts all that knowledge and understanding of Rama’s story to create a book that is simply written and very readable. It also has bright and unique illustrations you would enjoy.

As an epilogue to the greatest epic of all time, the Harivamsha further elaborates on the myriad conflicts of dharma and the struggle between good and evil. Stories abound from the cosmogony of the universe to the legends of the solar and lunar dynasties and even a foreshadowing of kali yuga in the future. At the centre of all these magnificent tales is the mercurial figure of Krishna, whose miraculous life and wondrous exploits are recounted with vivid detail. In offering a glimpse into Krishna’s life as a mischievous child, as an enchanting lover, as a discerning prince, this luminous text sheds light on many questions left unanswered in the Mahabharata.

Brimming with battles and miracles, wisdom and heroics, philosophical insight and psychological acuity, Bibek Debroy’s splendid translation of the Harivamsha is absolutely essential reading for all those who love the Mahabharata.

Harshika has nothing going for her. Neither the family, nor the circumstances, nor the self. That would be enough to sink the strongest of people. But not her, with “dekha jayega” as her life’s motto, Harshika turns her life around to discover that being herself gives her the greatest happiness — despite the fact that who she is may not have everyone around her applauding.

An irrepressible blogger’s memoir, journey with Harshika as she reveals how she dealt with life’s vagaries to turn them into positives that make her and her family happy.

In 1947, India’s partition changed many lives and defined them. Asha’s story started here, and it only became more and more exciting as the time went by.

A love story will place you in that time, being able to live and feel it, as if you were Asha. How it was everything she went through that made her a strong and wise woman, and how it is that love can remain the same through so many years.

Nothing prepared Murray Laurence for India when he first travelled through the country in the 1970s. His first impressions were of its surpassing weirdness but it soon cast a spell on him and for the next 40 years, he kept returning over and over again.

His early journeys in the crowded third-class compartments of slow trains or in rickety buses to obscure towns and villages in the great Indian hinterland often led to strange encounters and travel disasters. Honey-tongued tricksters assailed him, bizarre locals and foreigners tried to explain the country to him, pompous officials waylaid him with impenetrable assertions and mystifying rules, and a myriad other picaresque entanglements with outrageous characters ensured that every trip he made was memorable.

In all the chaos and quirkiness that surrounded him, the one thing he could always count on was the spontaneous warmth and generosity of Indians which often revealed itself in surprising circumstances.

Closely observed, stylishly written, and very, very funny, Subcontinental Drift is an unforgettable tribute to India and its people.