India has vibrant cinematic and literary traditions, but its most compelling stories, messages and performances have come from another source entirely — at least in the last four decades or so. For exuberant dances, persuasive pitches, catchy dialogues, memorable music, or even challenging social conventions and mores, you can’t beat advertisements.

In a time frame usually lasting less than a minute, ads made cases for products spanning washing powder to fizzy beverages to chocolates and ideas from national integration to road safety, depicted India’s diversity, aspirations and changing norms, and entertained us as much — if not more — than any other medium. 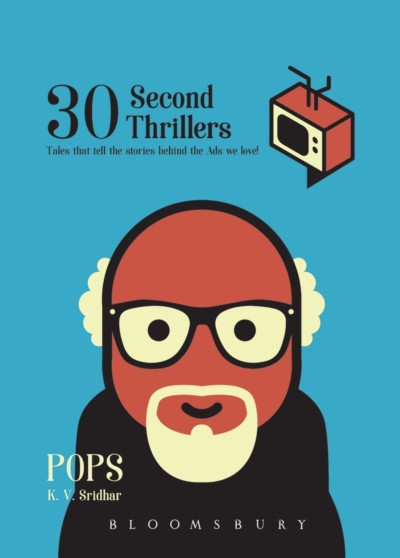 Can we forget the stern but pragmatic Lalitaji who tells us that “sasti cheez aur achi cheez mein farak hota hai”, the cherubic girl who loved Rasna, the diversity shown by “Mile Sur Mera Tumhara…” to “Hamara Bajaj”, the “kitna deti hai” question posed by a range of Indians on a range of incongruous occasions or that impromptu, exuberant (chocolate-fuelled) dance on the cricket field?

“As television became popular and colour TV a rage, advertisements also began to get entertaining. Elements like music, stories and fun were woven in some seconds and presented to the audience. With these little doses of entertainment, people started connecting with the products.

“The face of ads had changed. No longer were they propaganda; simply pushing the product down the audience’s throat. Now, they were emotionally sliced moments of life that resonated with people,” says Sridhar, alias “Pops”, who has had a long and fruitful innings in the ad industry from a start as a painter of Bollywood hoardings.

But all these, and many more of their kind, have equally interesting stories about their origins and inspirations, their making and their impact.

“The thirty seconds that unfurl on our screens have enchanted us, entrapped us, and entertained us for ages… this is my attempt to capture the million stories that take shape beyond the thirty-second frame. While the stories we see are very interesting, seldom do we know the madness and the magic that goes behind making them,” he says.

And who could be a better guide to the intricacies of conceptualisation and implementation of this mass media form than the author, who has worked with top practitioners and in top campaigns.

And in this free-wheeling account, he does so with candid and extensive conversations with the cream of of Indian advertising including Alyque Padamsee, the late A.G. Krishnamuthy, Piyush Pandey, Prasoon Joshi, R. Balki, Prasoon Pandey, Prahlad Kakkar, Gauri Shinde, Agnello Dias and others. (Do note how some of these have gone on to make their names in other fields of creativity.)

Sridhar presents a rousing story of imagination, ingenuity, and innovation — but also of persistence and luck. The makers must rope in celebrities across various fields and ensure they arrive for the shoot in time, work with difficult performers like children and animals, and battle natural conditions and prevailing social conventions. Finally, they must hope their attempt impresses the client, and ultimately, the people.

In this journey, we come to know the thought and preparation that went in ads spanning from Lalitaji’s sermon, for Liril soap featuring a girl bathing under a waterfall, for Vimal featuring Ravi Shastri, Allen Border and Viv Richards, India’s first bungee-jump to promote Thums Up down to Airtel’s “Har ek friend zaroori hota hai” and Vodafone’s pug (which was not the first dog choice).

There are some snippets, especially how the state broadcaster Doordarshan — for quite some time the only platform — sought to know whether NASA’s no objection had been sought for a popular ad which referred to it.

But the book’s real strength is in how ads not only reflect social reality but shape and influence it, from showing women bosses who adroitly juggle private and professional roles, tackling meaningless taboos such as menstruating women and pickles, remarriage of dusky women with daughters, and coming out of the closet figuratively.

Thus, this book is not an only an exercise in nostalgia for those who grew up in the 1980-90s, but rather a social history of sorts, which will make it interesting for a wider readership. (IANS)