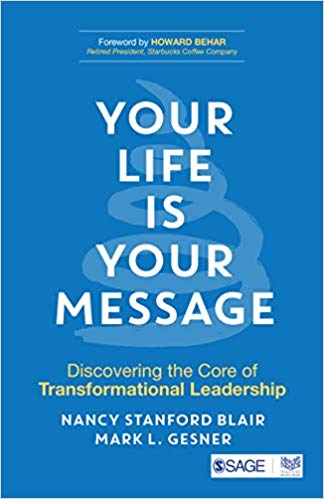 New Delhi–Read about the lessons India must draw from China’s dramatic rise in the seven years that Xi Jinping has been at the helm; learn how a simple Gandhian expression can transform your life; and finally, an authoritative guide on partying without burning a hole in your pocket.

There’s much to ponder over on the IANS bookshelf this weekend. Enlighten yourself!

China was pretty much impoverished in the 20th century but transformed radically over the past four decades, largely due to the reforms initiated by Deng Xiaoping in 1978. There was a paradigm shift when Xi Jinping was elected the General Secretary of the CPC in November 2012 and a year later the President of the PRC.

Be it the global financial crisis of 2008 or the weaknesses in democratic processes and institutions exposed in the past few years, Xi saw “an opportunity in these disruptions-an opportunity to cement his place in China’s history, and China’s place in the conduct of world affairs”, write Saran, President of the Observer Research Foundation and Deo, a Junior Fellow at the ORF.

Five stories “showcase Xi’s unmistakable ambition and vision”, the authors say. These are the 19th CPC Congress in 2012; America’s response to China’s rise, epitomised by the “clumsy arrest” of Huawei CFO Meng Wanzhou in Canada on the “ostensible charge of violating US sanctions on Iran; the largest every military exercises between China and Russia – the Vostok exercises, which were a manifestation of Russia’s response to China’s rise; Italy signing on the BRI – the first G7 country to do so; and the Doklam standoff – “an event that is perhaps the most significant escalation in Sino-Indian military tensions in nearly four decades”.

How then, is India to successfully navigate its relationship with China and its role as a leader in Asia at large?

Contending that the “most robust alternative” for post-Western world order, barring the China model, may well be the ‘India model’, the book states: “As a result, the Indian response to China’s rise must be defined by an overarching Indian grand strategy for leadership in the world order, and it must be engaged with now.”

In this, External Affairs Minister S. Jaishankar’s recent pronouncements offer a template for what India’s diplomacy as a “leading power” should seek to achieve. “An Indian claim to the stewardship of the liberal world order will not only breathe new life into a struggling system but also offer a response to China’s propositions for ordering the world. However, it is not inevitable that India will define the arrangements for a twenty-first century world order. This will depend on India’s willingness to stake its claim,” the authors contend.

But then, is India’s political leadership ready to bell the cat?

“My life is my message” Mahatma Gandhi had said when asked by a reporter to sum up his life’s work.

Taking inspiration from that, “we are similarly offering the opportunity to take stock of your lives and discover your core message, purpose and desired impact,” write Blair and Gesner, dons at Cardinal Stritch University, Milwaukee, Wisconsin.

Three “invitations” – For The Wanderers, For The Dubious and For The Committed – will enable readers clarify:

Your what – the identification of the outcomes and goals you seek

“As authors, we feel compelled to wake you up – just as this process has awakened us, Further as Lord Alfred Tennyson suggested, we want to urge you to ‘drink life to the lees’ by discovering the path that is most compelling and empowering for you,” Blair and Gesner write.

All this makes for compelling reading.

“This book will help you ‘enjoy your own party’ without having to spend big bucks on caterers and event planners (a bit counterproductive, isn’t it? Because then I’ll be out of job), and also help you navigate the waters when you decide to get professionals involved for larger celebrations, without losing your mind,” says Vaze, founder of a leading catering house who has cooked for the best parties and the biggest Bollywood stars.

She goes about the job methodically, from picking a theme – will it be casual, formal or celebratory – if it’s a large do; or would you prefer something small and intimate, in which case there are questions like why have a small party, who is on the guest list, where is the picture-perfect setting and what should we eat and drink?

The book then deals with issues like prettying up the venue, menu planning, food preparation and execution; bar and service; and crockery and equipment et al.

Each chapter is self-contained and provides all the details you need, whether it’s a brunch or a child’s birthday or a big fat wedding or a corporate event. It’ll guide you on getting down to the job without getting out.

It’s certainly worth giving it a try! (IANS)