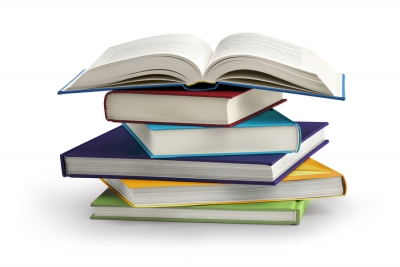 New Delhi– With a wide choice of books, you can count on many beautiful pages of words to read and consider while starting off the New Year.

THE BOOK: Piyush Pandey takes readers on a voyage through his mind-his work, thoughts, and experiences-in Open House. People have asked him questions over the years, and he has answered them. There are three types of questions: serious, incisive, and frivolous. Is advertising a viable career path? Should political parties hire ad agencies? Why does Ogilvy work for the Bharatiya Janata Party (BJP)? Should those who don’t like the advertising take the law into their own hands? Is Ogilvy & Mather a lala firm? What does advertising’s future hold? Is Piyush Pandey too old for this line of work?

This book, which has been expertly edited by Piyush Pandey and Anant Rangaswami, is honest, irreverent, and educational. Open House will both entertain and enlighten you with its practical wisdom and deep insights.

The great poet Ghalib, part of a long tradition of eclectic liberalism, found Benaras so compelling that he wrote his longest poem on the holy city, ‘Chiragh-e-Dair’ (Mandir Ka Diya or Lamp in the Temple):

This truly is the Kaaba of Hindustan.)

Remove Ghalib and his legion of devotees from the equation. Will Hindustan be left with a gaping hole or will it evolve into something quite different? Saeed Naqvi’s play The Muslim Vanishes tries to answer such question. The decibel levels on these topics are too high, with each side strongly defending their own narratives for a discourse to take place. Caste, the Hindu-Muslim split, Pakistan-Kashmir-the decibel levels on these issues are too high for a conversation to take place. Is there a way out of this bind? Saeed Naqvi, razor-sharp, gentle, and humorous, springs an inspired surprise on us by combining grandma’s bedside stories, Aesop’s fables, and Mullah Nasruddin’s faked flaws. Is it capable of putting out the fire?

Is it possible for a society to exist without religion? Nireeswaran, the most celebrated of Malayalam novelist V.J. James’ works, uses incisive humour and satire to question blind faith and give an insight into what true spirituality is.

Antony, Sahir, and Bhaskaran, three atheists, embark on an elaborate prank to prove that God is nothing more than a myth. They put up a mutilated Nireeswaran idol, which is basically anti-god, to demonstrate how worthless their faith is. When miracles begin to be credited to Nireeswaran, such as a man waking up after a twenty-four-year coma, an unemployed man unfit for government work receiving a contract, and a prostitute transforming into a saint, throngs of people go to worship the bogus deity. The trio is caught in the middle of a dilemma. Will they be able to defeat their own creation? Is their obstinate thinking a sign that atheism is a religion in and of itself? It’s possible that belief and disbelief are two sides of the same coin.

Prithvi, a twenty-one-year-old, is on the hunt for Om Shastri, a mysterious middle-aged aghori (Shiva devotee) who was tracked down more than 200 years ago and taken to a high-tech facility on an isolated Indian island. When the aghori was drugged and hypnotised for questioning by a team of experts, he claimed to have seen all four yugas (Hindu epochs) and even participated in both the Ramayana and the Mahabharata. Om’s amazing prior disclosures, which defied the laws of mortality, perplexed everyone. Om had been searching for the other immortals from each yuga, the crew discovers. These strange secrets have the potential to upend current ideas and change the trajectory of history. So, who is Om Shastri, exactly? Why was he apprehended? In this exhilarating and revealing journey, board the boat of Om Shastri’s secrets, Prithvi’s chase, and the exploits of other intriguing immortals from Hindu mythology.

The Climate Ninja by Merlinwand book

Merlinwand wants to teach the kids about global warming. The effects of climate change are being discussed all around the world. The storytelling is what sets their story apart. Their goal isn’t to preach (as all textbooks do), but to raise awareness in a humorous way. A little human and his companion from the planet Mootza had an informative talk. While on a cruise with his parents, the miniature human falls into the ocean by accident. He encounters Rumpus, an extraterrestrial from Planet Mootza, after being rescued by a dolphin. Rumpus has been on this island for a long time, since since his planet was devastated by pollution. The two have an engaging talk, and the small human recognises the seriousness of pollution (water, soil, noise, and air) on the planet. After that, he declares himself to be The Climate Ninja. The most intriguing aspect of the book is that the client gets to choose the protagonist’s name and appearance. They are given the option of choosing two of the four categories of pollution: air, noise, water, and soil pollution.

Panchatantra is a fantastic collection of moral stories drawn from Panchatantra’s five books: mitra-bheda, mitralabha, kakolukyam, labdhapranasam, and aparksitakarakam. The legendary tales of Panchatantra continue to amaze young readers and adults alike with delightful narrated stories of smart animals, birds, and people. Young readers will be transported to another world by the gorgeous illustrations, where they will learn about life lessons, human nature, and how to achieve success.

How to Talk to Your Kids About Climate Change: Turning Angst into Action

Shugarman, a climate campaigner, has developed a pointedly apolitical work geared at helping parents and children talk about climate change. She also offers advise on how to protect children from feeling unhappy or overwhelmed (information that applies to adults as well) and how to encourage youngsters to pursue their unique passions while keeping the overall vision in mind. Many people are talking about global warming these days, and the prospect of a climate calamity may scare many children. How do we talk about these important issues in a way that is both informative and doesn’t exacerbate anxieties? What can we do to ensure that our children have the best possible future in a disaster-plagued world? This book will answer all of your questions. Fear and grief can be overcome with the help of this book.

This is a painstakingly researched book that honours the accomplishments of charismatic, powerful, and influential individuals who have influenced the course of history. Young inquisitive minds will be piqued by age-appropriate information, amusing facts, and vivid graphics, which will aid in the development of reading skills and general knowledge. It’s a fantastic book for teaching your child and yourself about the world’s greatest leaders. It also teaches life lessons and even personal ethics that parents sometimes neglect to impart to their children. (IANS)