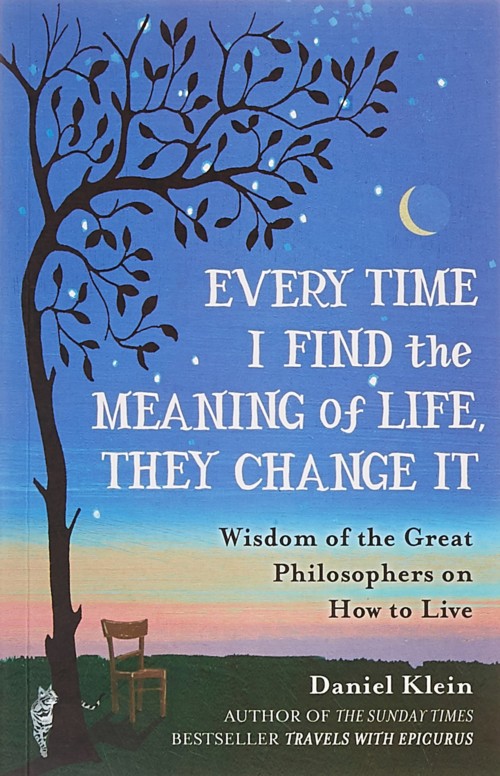 Upstaged by “TV talk show hosts, smartly dressed motivational speakers, and pop gurus who tend to favour flowing robes”, philosophers have themselves to blame. For they have abandoned their central pursuit of finding the meaning of life and how to live it best, to first determine how we can know we know, the nature of reality and truth, and the meaning of meaning.

Happily, there are still some thinkers who focus on the basic questions of life — and also those who try to acquaint us with them and their older forebears on key issues about we should live and understand our existence in all its complexities and contradictions.

Among the latter is American writer Daniel Klein, who has nothing to do with a range of watches, but is better known for his novel attempts to explain philosophy to the layman through books like “Plato and a Platypus Walk Into a Bar: Understanding Philosophy Through Jokes” and its two follow-ups: “Aristotle and an Aardvark Go to Washington”, and “Heidegger and a Hippo Walk Through Those Pearly Gates” (all co-authored with college mate and friend Thomas Cathcart). 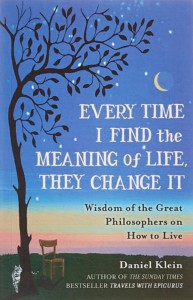 This book, his sixth work on philosophy, came about when the author, now in his seventies, chanced upon, in a box containing old schoolbooks, a tattered notebook titled “Pithies”. In this, he, then in his twenties and confused over what he should do, started to write down short philosophical quotes and aphorisms, hoping to find “guidance from the great philosophers on how best to live his life”.

His venture finally came to an inglorious end when he had second thoughts about it — around the time he heard John Lennon declare that “Life is what happens to you while you are busy making other plans”.

At first, glancing through the notebook, Klein says he scoffed at his “youthful naivete”, but then realised that “those how-to-live questions were still very much alive in my mind” and four decades after his last entry, “started jotting down new thoughts about those philosopher’s quotes I had long ago copied in that notebook”.

He also collected some new quotes by more recent philosophers such as British techno-hedonist David Pearce and analytical moralist Derek Parfit, both of whom “come from Oxford, both have boyish faces and great masses of unruly hair, and both possess over-the-top imaginations”.

Noting he has personally no problem with mass media gurus or motivational speakers, who are also “honestly trying to answer a fundamental need in all of us”, Klein says that some of the “great philosophers propose truly trenchant, enduring relevant ideas about the good life, and it would be a shame if those ideas become lost to us under a pile of pop slogans, or, for that matter, under a pile of esoteric philosophical analyses of word meanings”.

He thus offers his “collection of concise philosophical precepts about how to live along with personal commentary on each”, while apologising for sometimes drifting “in the direction of irrelevance and self-indulgence”.

Klein is, however, always accessible, relevant and non-dogmatic. He is also quite witty, involving his dog Snookers in various philosophical positions, and interpreting gems like American pragmatist William James’ quote that inebriation and sobriety were the ways to say “yes” and “no”, respectively, to the cosmos to mean: “Do whatever it takes to stop feeling bad, including downing a couple of shots of bourbon”.

There is plenty more in that vein, but also plenty to ponder over, as this book not only offers a dazzling display of the superlative human thought on issues of human existence but also brings those we are not even consciously aware of into focus.