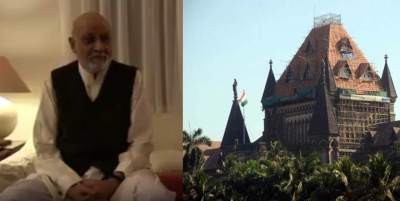 New Delhi– The Bombay High Court on Wednesday vacated the stay on the distribution of Vijaypat Singhanias autobiography “An Incomplete Life”, saying it had been erroneously passed by a single judge bench of the court.

The publisher, Pan Macmillan India, said it would immediately start reselling the book. This, however, could not be the end of the matter as the petitioner, Raymond Limited, has been granted leave to again approach the single judge for a fresh injunction.

A division bench comprising Justice Abhay Ahuja and Justice S.J. Kathawalla ruled that the injunction order of November 4 against the book was passed “under an erroneous impression that the district court at Thane has passed the order dated April 22, 2021 granting stay/interim order against the erstwhile publisher from publishing the book was to continue until the pendency of the appeal filed by Respondent No. 1 (Raymond Ltd)”.

“We do not want to say anything more in view of the following order: i. The Order of the Learned Single Judge dated 4th November, 2021 is set aside. ii. Parties are at liberty to move the Learned Single Judge sitting in vacation today or tomorrow and renew the Application afresh which will be decided on its own merits without being influenced by what is stated in this Order. iii. The above Appeal as well as Interim Application are accordingly disposed off,” the bench ruled.

The publisher said they are “delighted” with the Bombay High Court order “setting aside the injunction which had greatly aggrieved both Pan Macmillan India and our author Vijaypat Singhania”.

“Raymond Ltd has been granted liberty to approach the Single Judge for renewing the injunction, but we are confident that we will succeed before the Ld. Single Judge as well,” the publisher said. (IANS)