BOSTON—Bollywood playback singer Neha Kakkar, who started her journey with the album ‘Neha The Rock Star’ will perform live in concert on June 10, 2022 at Lowell Memorial Auditorium, located at 50 E Memorial Street in Lowell, MA.

Born and brought up in Delhi, Kakkar was a child prodigy, as she started singing at the age four. She started her singing career by participating in Indian Idol season 2 and began her music journey with the album ‘Neha The Rock Star’ composed by Meet Bros.

Apart from singing, Kakkar has appeared in several music videos and as a judge on several television reality shows including “Indian Idol.” 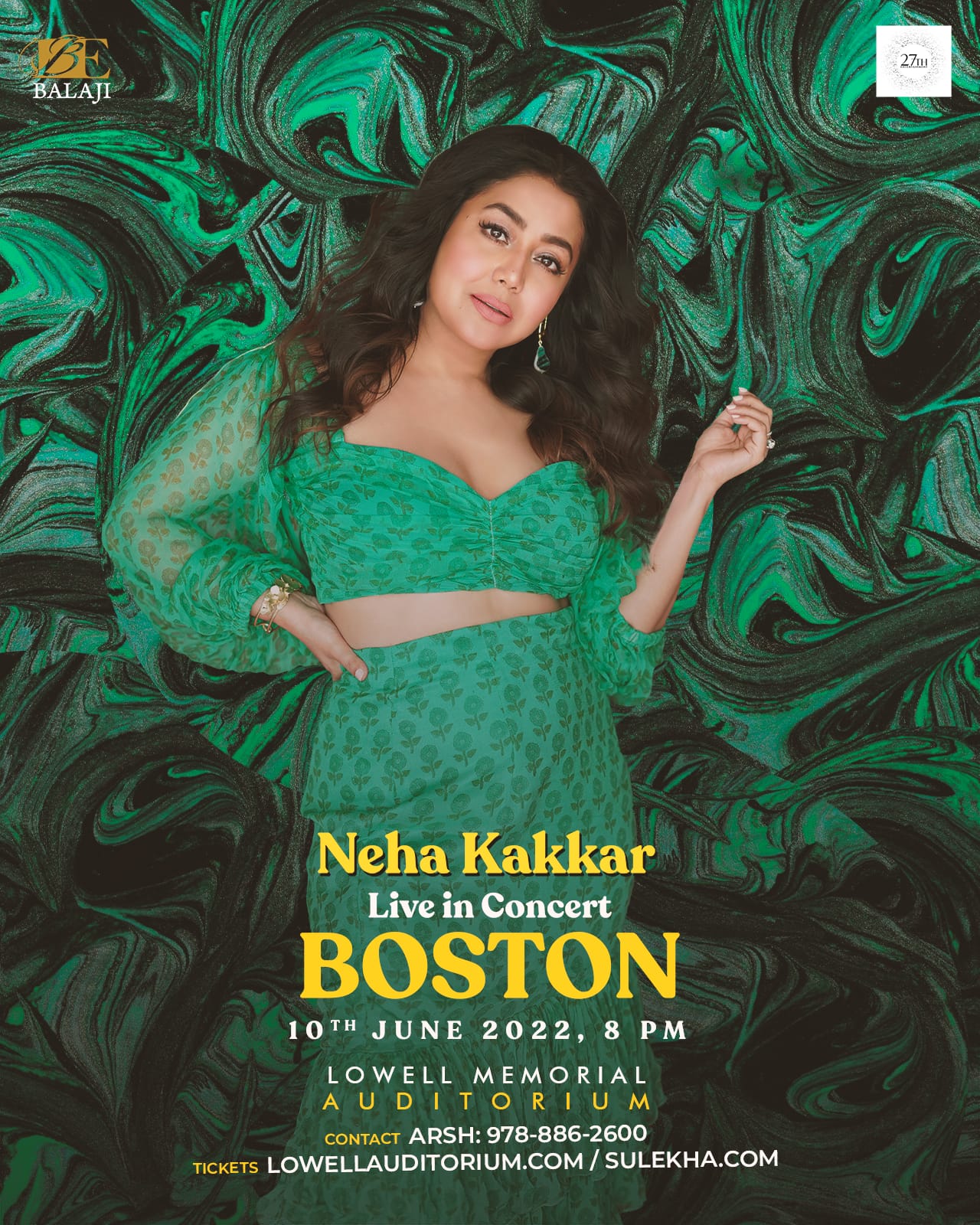