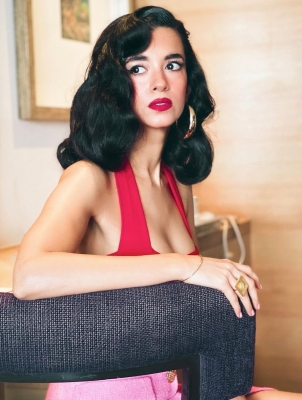 Mumbai– Saba Azad who had impressed with her performance in ‘Rocket Boys’ and is looking forward to starting on her next project, ‘Minimum’. Filming for the French language film begins in June, and will be helmed by writer-actor Rumana Molla.

In her previous release, ‘Rocket Boys’, Saba Azad had essayed the role of Pipsi, who is a liberal Parsi woman and a lawyer by profession. The show is set in the backdrop of 1940s and Saba garnered appreciation from the critics and audience alike.

Her winning streak continued when she signed the recently announced film “Minimum” right after the release of ‘Rocket Boys’.

Talking about the how exciting the past few months have been, Saba shared: “The last few months have been electric for me as an actor – rocket boys was received beautifully by audiences and critics alike, the whole ride from being cast as Pipsy to the show coming out has been pretty overwhelming really, it’s the kinda project any actor would kill to be a part of. I signed ‘Minimum’ soon after rocket was released and it’s been prep time ever since because I’m acting in a language that isn’t my own it’s like being in a workshop every day with a very steep learning curve which is so exciting for me as an actor.”

In ‘Minimum’ which was announced recently, Namit Das, Geetanjali Kulkarni will be part of the cast along with Saba in the immigrant drama, jointly produced by Platoon One Films and Ellanar Films.

Apart from acting, Saba is a trained dancer and a professional singer. She has given her musical contributions to many films and is a well-known name in the Indian indie music industry. She had also started her own electronic band Madboy/Mink with Actor – musician Imaad Shah in 2012.

Mumbai– Bollywood actor John Abraham recently sent an urgent letter to a popular e-ticketing platform’s CEO to draw the latter’s attention towards ending of ticket sales to circuses that rely on animal cruelty and enact a policy to promote only animal-free entertainment. 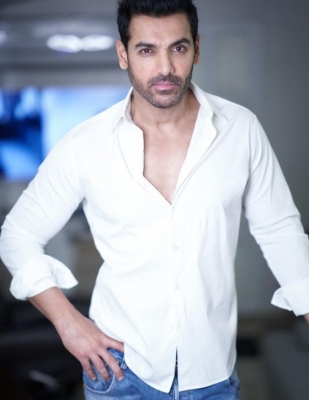 John, who has been a former ‘Person of the Year’ for the People for the Ethical Treatment of Animals (PETA) India, wrote with regard to the ticket sales for Rambo Circus, which was recently slapped with an FIR by Pune city police based on the findings of a PETA India investigation.

Writing to ‘BookMyShow’ Founder and CEO, Ashish Hemrajani, the ‘Attack: Part 1’ star urged the former to put an end to ticket sales operations of the circus after an investigation revealed that it forced dogs to perform unregistered tricks.

The dogs performed tricks such as jumping through hoops and atop a flagpole, and that a performer held two fish between his teeth, swallowed the fish alive, and regurgitated them into a bowl of water.

The letter said, “Many circuses worldwide now put on shows featuring only willing human performers. When animals are used as entertainment props, these sentient beings are deprived of the lives they were meant to live, and they often endure needless pain and suffering, confined to inadequate housing and forced to perform frightening and confusing tricks under threat of physical punishment.”

PETA India notes that ‘BookMyShow’ also previously promoted the Ajanta Circus, against which the Animal Welfare Board of India recently sought action for using animals without the required certification.

John concluded his letter by saying: “I hope that you will not side with cruelty and that ‘BookMyShow’ will do the right thing by implementing a policy to not promote, sell or permit the sale of tickets for circuses that use animals.”

Chitrangada Singh: I am addicted to the madness of Mumbai

Mumbai– Actress Chitrangada Singh, who made her web debut with the anthology “Modern Day Love: Mumbai”, says the show has given her a chance to reboot her relationship with the city.

The actress is playing a housewife, with the desire to become a novelist, in the segment titled “Cutting Chai” opposite Arshad Warsi, also says that women tend to prioritise family over career most of the time. 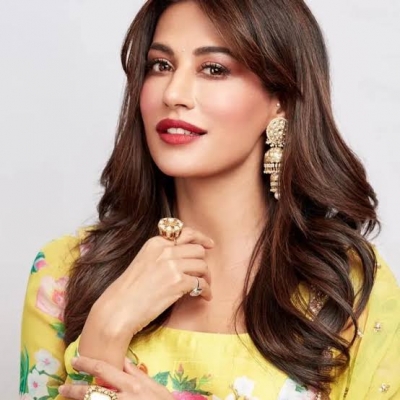 As the culture of ‘cutting chai’ is quite synonymous with the Mumbai city, Chitrangada, in conversation with IANS, shares how her relationship with the city and its energy, local trains, ‘cutting chai’ and other elements, shaped her as a professional actress.

“Being an outsider of Mumbai, as you know I lived in Delhi before, everything that I have achieved as a professional, is the result of my hard work and a gift of Mumbai. Mumbai is my karambhoomi. Initially, when I came to the city it was a little overwhelming and fascinating at the same time because there is so much hustle-bustle that everyone is dealing with. Mumbai is a city of enthusiasts, there is madness and I am now addicted to it!

“But there is a method to the madness and we can enjoy it once we crack it. ‘Cutting Chai’ reboot my relationship with the city,” the “Hazaaron Khwaishein Aisi” fame actress told IANS.

In the anthology, she is playing housewife Latika who once wanted to become a novelist but her dream and desire took a backseat like many women in our society due to the duty of looking after her family and child.

Interestingly, Chitrangada also took a sabbatical from her acting career between 2005 to 2010 despite her successful debut with the Sudhir Mishra directorial.

Drawing the similarities from her own journey, she said: “I think it is not always the men who stop us to pursue our career post marriage, we women also at times prioritise family matters over careers. You see our mental makeup is different, emotionally post marriage and motherhood… at times our priority changes. I stopped working for almost 7 years. It’s a complex emotion we have. That way my journey is similar to my character Latika.”

Mysuru (Karnataka)– Even after the success of ‘KGF: Chapter 2’ and becoming a pan-India superstar, Rocking Star Yash has shown that he is strongly connected to his roots as he attended the wedding of his childhood friend in his hometown Mysuru. 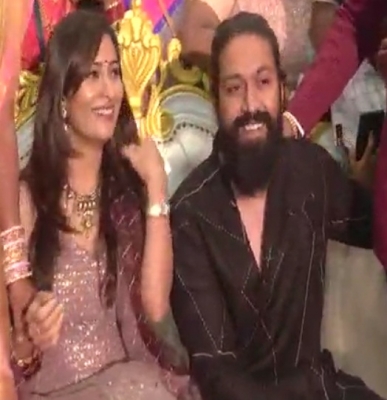 Yash, who is currently celebrating the success of his film ‘KGF Chapter 2’, is spending quality time with his family before taking up another film project.

The KGF star reached Mysuru with actress and wife Radhika Pandit to attend the wedding of his friend Chetan.

The star couple was welcomed by bursting of crackers.

Yash greeted the large crowd that had gathered for his arrival, as the news of his ccoming had spread like wildfire.

He also obliged to requests for selfies by the crowd before going inside the wedding hall.

The cool gesture by the superstar won the hearts of the people.

Videos and photos of the event have gone viral on social media. (IANS)