Mumbai– Actress Vaani Kapoor has praised her ‘Chandigarh Kare Aashiqui’ co-star Ayushmann Khurrana for constantly putting himself up for test and said that the actor likes to walk on road less travelled, which is why he is so important in the landscape of Indian cinema today.

Vaani, who plays a transgender woman in ‘Chandigarh Kare Aashiqui’, said: “It is gutsy for an A-list actor like Ayushmann to constantly put himself up for test when he could easily choose conventional subjects for success.

“From what I know of Ayushmann, he likes to walk on the road less travelled and that’s why he is so important in the landscape of Indian cinema today.”

The actress said that he is “a genre-bending, envelope-pushing star who is restless to contribute towards societal good.”

“This is what makes him so endearing and incredibly unique.”

Vaani said that it was important that a film like ‘Chandigarh Kare Aashiqui’ had Ayushmann so that it became palatable for family audiences.

“That’s how important Ayushmann is to Indian cinema today. He will stand by projects that are disruptive and important for people to ponder over. He has created a genre of his own today and there are not many stars in the history of Indian cinema who have managed to do this.”

She is really happy that she got a chance to collaborate with Ayushmann and connect with him.

“I hope Ayushmann stays on course and further challenges the status quo in the Indian film industry.”

Mumbai– Actor Govinda, who celebrates his birthday on Tuesday, recently did an Instagram Live with RJ Adaa where Ranveer Singh turned up in the audience and took Govinda by surprise.

The ‘83′ actor wrote comments such as “There is no one like chi chi”, “Love you chi chi” and “Chi Chi se humara wajood hai (we exist because of Chi Chi)”. Taking notice of his comments, Govinda said, “I love Ranveer like no one else, he is the next superstar of the industry. May God bless him. His energy is unparalleled. Words fall short when I see his expression of love for me.”

Govinda thanked his fans, as he said, “I am blessed, fans have showered their love on the work that I have done through the year – be it my appearances on television or the songs that I have released on my own YouTube channel – I have not only sung but also performed on these – Govinda Style.”

“During the pandemic time, my fans reached out to me and said that they would want to see more of me – this idea got converted into the YouTube channel and I finally decided to take the digital leap. I am happy with the response and have a bank of songs ready for release in the coming months,” the ‘Coolie No. 1′ actor concluded.

Siddhaanth Surryavanshi: The artiste within me is still untapped

Mumbai– Actor Siddhaanth Surryavanshi, who was seen playing protagonist Kuldeep Chaddha in TV show ‘Kyun Rishton Mein Katti Batti’, feels working on television drama has got him popularity but the artiste within him is still untapped. 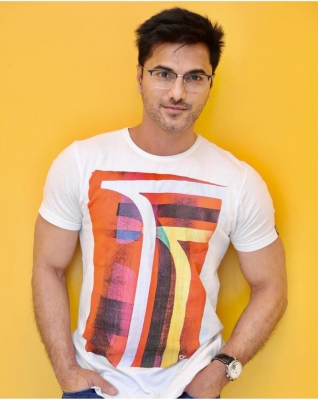 He says: “After being part of so many TV shows. I’m looking forward to explore the digital space. As an actor I’m open to explore all mediums where I can get an opportunity to work with different teams, ideas, reach etc. As today the digital or OTT space has grown huge and there is a massive scope for more growth. Its target audience, content is very different than the GEC shows that I’ve been a part of. As an actor, its potentially a superb platform to showcase our talent.”

The actor popularly known for featuring in shows like ‘Sufiyana Pyaar Mera’, ‘Waaris’, ‘Mamta’, ‘Kasautii Zindagii Kay’ among others, reveals about the roles he prefers doing ahead.

He says: “Any role that makes me think, gets me out of my comfort zone, provides me a challenge is a role I would love to do on GEC platform, sadly the potential I feel I carry has not been tapped yet. Yes, it got me reasonable popularity but the artiste within is still untapped.”

She says: “I’m really enjoying shooting with the team. We all are like a family here on the sets. Vivian and I are friends. He doesn’t seem to be someone new to me. We share a good rapport. We are like two kids fighting most of the time and pulling each other’s leg. It’s fun working when you are comfortable with your co-actors and the entire team.”

Shalini who has been part of many shows like ‘Devon Ke Dev…Mahadev’, ‘Qubool Hai’, ‘Swaragini’, ‘Kahaan Hum Kahaan Tum’ among others says it’s always fun and a learning experience to be around talented people.

“Earlier I shared screen space with popular TV talents like Mouni Roy, Karan Singh Grover, Ashish Sharma, Drashti Dhami among many others. It has always been a learning experience. Even working with Janhvi Kapoor, Kartik Aaryan was an eventful experience. And now Vivian is a charm and we always help each other in doing the scene better and take each other’s suggestions sportingly,” she concludes.

Shalini will be next seen in the upcoming Bollywood film ‘Shehzada’ directed by Rohit Dhawan that stars Kartik Aaryan and Kriti Sanon.

Bengaluru– Kannada actress Parul Yadav is currently on a trip to Greece where she met with Greek Minister for Development and Investment Adonis Georgiadis to explore ways to enhance the number of south Indian films shot in the European country.

Parul, who actively works in Tamil, Telugu and Kannada films, hit the spotlight with her movie ‘Butterfly’ – an adaptation of Kangana Ranaut’s ‘Queen’.

The actress was in discussion with the minister about tapping into Greece as a possible location to shoot her upcoming movies. She also discussed with local authorities on potentially opening a new market for south Indian films. Yadav and Georgiadis discussed a host of matters on film production and shoots.

The actress explained, “It’s too early to say anything specific but yes Greece is a place that south Indian movies haven’t explored much and any collaboration would be good for both parties. The minister Adonis Georgiadis is really impressive and forward-thinking in his approach. His command over the details of the various possibilities for collaboration is truly amazing.”

Mumbai– For Kangana Ranaut, working on ‘Thalaivii’ has been an experience of a lifetime as it allowed her to explore and portray the life of late Tamil Nadu Chief Minister J. Jayalalithaa, both in terms of emotions and physicality.

Talking about her experience of working in the film, Kangana said, “‘Thalaivii’ was definitely a life-changing experience for me as it was profuse with learning. Portraying a strong and inspiring personality like Jaya amma, was an enriching experience.”

Praising the late politician for her versatility, the actress said, “Among one of the many hats that she wore, Jaya amma was also a trained Bharatanatyam dancer, and a fabulous actress in mainstream cinema. She had a very different physique as compared to mine.”

As the film gears up for its world television premiere, she feels grateful to have portrayed a character with such broad range and span, “The storyline follows from the time she was 16 up till she turned 42 that had to look absolutely convincing, and there is a lot that went behind transforming my body in a way that would look like hers. It was our director, Vijay Sir, that made me believe that I could do this and now that I look back, I am only grateful to have played this career-defining role.”