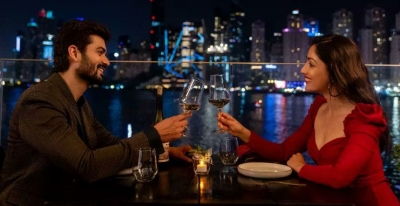 Sunny Kaushal, Yami to be seen in heist-gone-wrong movie by ‘Mimi’ makers

Mumbai– Bollywood actor Sunny Kaushal is set out for a run, catch him if you can! The actor will be seen opposite Yami Gautam in the upcoming suspense thriller ‘Chor Nikal Ke Bhaga’, which is rolled out by Netflix.

The makers of the streaming movie recently shared a behind-the-scenes (BTS) video giving a glimpse of what went behind the making of the film.

The cast and creators of the film came together to celebrate the magic of films at Netflix’s Films Day as they announced the premiere of their film and spoke about how the film came about.

Producer Dinesh Vijan said: “Yami and Sunny both have been exceptional in their last respective releases. To cast them together and bring this film to life has been an absolute delight.

“Maddock’s past association with Netflix for ‘Mimi’ and ‘Dasvi’ has been very successful and now we’re looking forward to releasing ‘Chor Nikal Ke Bhaga’ on their platform and having a global audience for the film leveraging their reach.”

The film has the elements of heist and hijack and tells a riveting story from the cabin of the airplane. Talking about the film, director Ajay Singh said: “Chor Nikal Ke Bhaga traces the story of a heist that goes wrong when a plane gets hijacked, and the series of events that follows. I am elated to collaborate with Netflix and present the film to an audience across the globe.”

Kriti Sanon reveals how she first auditioned for ‘SOTY’ 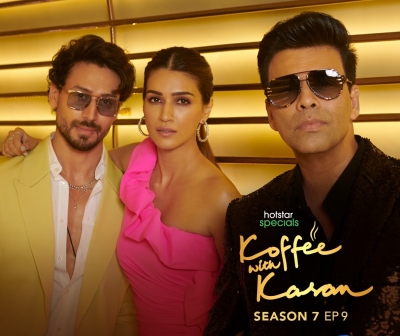 The screen ‘Mimi’ has made the revelation during the 9th episode of the popular KJo-hosted chat show ‘Koffee With Karan’ in which she appeared alongside her debut film ‘Heropanti’ co-star Tiger Shroff.

In the new episode, the duo will be making viewers’ hearts hopscotch with their confessions and never-before-heard ‘conjectures’, as KJo likes to call them.

Walking down the memory lane, Kriti shared: “This was right when I had started modelling. It was my career’s very first film audition and I was asked to dance to ‘Bahara’ and some scenes from ‘Wake Up Sid’. I was horrible back then.”

She also mentioned that she was ill-prepared for the film and that she held no hard feelings toward the film’s lead, Alia Bhatt, who eventually made her screen debut with the film alongside Sidharth Malhotra and Varun Dhawan.

Mumbai– As Ganesh Chaturthi is around, ‘Bhagya Lakshmi’ actress Aishwarya Khare is missing celebrating the festival at her hometown, Bhopal. She talks about following the tradition of bringing a Ganesh idol at home for more than 15 years and how she used to celebrate the festival with her family in her ancestral home. 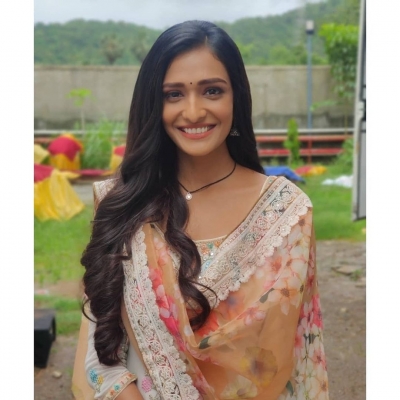 Aishwarya said: “Ganesh Chaturthi is one of my favourite festivals of all time. In fact, I have had several memories of the festival since I was a child. I still remember, I was in school when I insisted on bringing Bappa home on Ganesh Chaturthi and since then it has become a tradition in our ancestral house in Bhopal.”

She added more about her plans for this year, saying: “I think it has been more than 15 years since we have been following this tradition and I am really going to miss the festivities at home this time around as I won’t be able to travel to Bhopal when my parents get Bappa.”

Khare will be visiting different pandals (a temporary structure where people can gather for religious purpose). “Having said that, I plan to visit different pandals and also a couple of friends’ during Ganesh Chaturthi to take Lord Ganesha’s blessings as well as to feast on the yummy modak,” she concludes.

Mumbai– Actor Gautham Krishna, who is set to make his Telugu film debut with upcoming movie ‘Aakasa Veedhullo’ along with popular actress Poojitha Ponnada, reacts to his lip-lock scene from the film going viral after the release of its song ‘Ayyayayyo’. 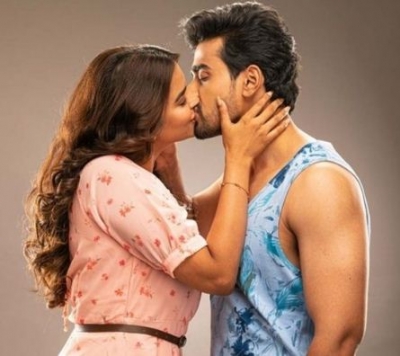 He shares: “We wanted to portray romance in a very realistic and at the same place artistic like how ancient sculptures are. I performed it in the flow of the moment without thinking much about anything. I am excited that our movie trailer and songs are getting talked about.”

Gautham calls the story of the movie ‘relatable’: “I’m sure the audience will enjoy watching our movie as it is based on real situations every youngster goes through and thus the story is very relatable. Our film has a beautiful love story and the performance will stand out and give a long lasting impression to our audience.”

The actor continues to praise co-actor Poojitha saying: “The movie has a breezy romance. I really enjoyed working with Poojitha. She is supportive and hardworking. Our on-screen chemistry turned out well and I’m enjoying the appreciation from the audience so far.”

‘Aakasa Veedhullo’ is slated to hit the theatres on September 2. (IANS)

Bollywood actresses, who were once the reigning queens of negative roles