Mumbai– Suhana Khan, daughter of Bollywood superstar Shah Rukh Khan, has posted a picture grating cheese. More than her chore, it is her fashion statement in the image that is turning heads.

Suhana posted the picture on Instagram, where she looks drop-dead-gorgeous in a cropped beige coloured top paired with a fitted skirt. She completes the look with soft make-up and keeps her hair open.

In the image, she is seen holding a grater and cheese.

For the caption, she wrote: “Say (cheese emoji).”

Bollywood newcomer Seerat Kapoor on her stint in Telugu films

Mumbai– Actress Seerat Kapoor, granddaughter of late acting guru Roshan Taneja, is set to make her Bollywood debut after establishing her career in Telugu films. She says that the two industries have a lot of similarities and gives her the opportunity to explore her craft.

The actress, who has been part of successful Telugu films such as “Krishna And His Leela”, “Raju Gari Gadhi 2” or “Maa Vintha Gaadha Vinuma”, will be seen making her Hindi debut alongside Naseeruddin Shah and Tushar Kapoor in the film “Maarrich”.

“As far as the process goes, there are more similarities than differences. Both the industries be it the South or Bollywood play to the strengths of their individual cultures and audiences. From my perspective, there lies an ocean full of opportunities to explore myself as an artiste,” she tells IANS.

Asked if she is facing any difficulty in the her Hindi film debut, the actress gives a profound answer: “The greater the difficulty, the deeper one experiences a chance to grow.”

“She sees a storm coming…in the mirror!!! #Aarya #season2. Your wish is our command. I love you guys!!! Let’s do this @madhvaniram @officialrmfilms @disneyplushotstarvip #TeamAarya #duggadugga,” the actress wrote on Instagram.

Sushmita made her comeback on screen with the Ram Madhvani web series. The series was a hit and fans have been waiting for a second season.

The series marked Sushmita’s return to the screen five years after her last release, the 2015 Bengali film Nirbaak. In Bollywood, her last release was Anees Bazmee’s 2010 multistarrer, No Problem. 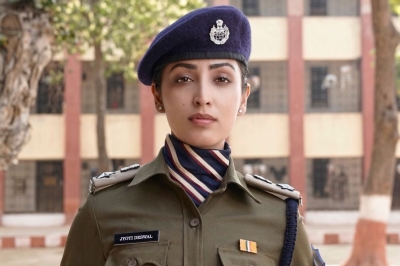 Yami plays a Harayanvi IPS officer in the film and had to learn the language and diction for her role. She has taken workshops for her language, diction and body language.

She posted a picture on Instagram and captioned it: “My first day on the set of #dasvi playing #jyotideswal. Proud and honoured to play an IPS office. #jaihind.”

The actress has also been roped in for Faraar directed by Aniruddha Roy Chowdhury, who earlier helmed Pink. She will also be seen in Behzad Khambata’s film, A Thursday, which will mark her debut in the OTT space. Yami has three others projects in hand.

Dasvi is directed by Tushar Jalota, and the unit started shooting in Agra Central jail two days ago. The police and PAC (Provincial Armed Constabulary) had to be deployed for security cover to keep local crowds at bay.

The shoot is expected to take place in different parts of Agra.

In a throwback monochrome picture she posted on Instagram, Malaika is seen running. She is dressed in a white sari that flies all over, with a strapless white blouse. She shows off a toned midriff and her hair falls all over her face.

Actress Katrina Kaif found the picture stunning, and wrote: “One of my favorite photo shoots.”

Ekta Kapoor is proud of ‘Pagglait’

Mumbai– Producer Ekta Kapoor is thrilled with the way her film Pagglait has turned out. She has co-produced the film, starring Sanya Malhotra, with Guneet Monga, and took to Instagram on Thursday to share her appreciation for the project.

Pagglait will see a digital release soon. This will be Sanya’s third release on OTT after Ludo and Shakuntala Devi.

The film was announced in November 2019 and the shoot was wrapped up in two months. The story of the film revolves around a young girl from a small town who sets out on a journey of self discovery and purpose, looking for answers on love and belonging.

The film has been directed by Umesh Bist and produced by Ekta Kapoor’s Balaji Telefilms and Guneet Monga’s Sikhya Entertainment.

Ileana D’Cruz is a ‘beach bum for life’

Mumbai– Bollywood actress Ileana DCruz on Thursday shared a twist of nostalgia from her holiday this time last year, in the process confessing she is a beach bum for life. 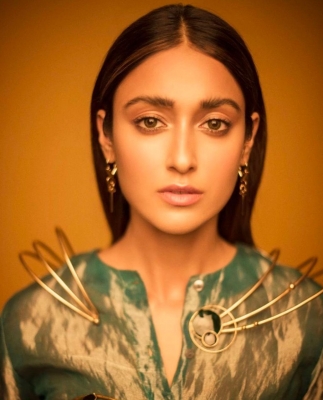 Ileana posted the picture on Instagram Stories, where she is seen lying in a hammock wearing black swimsuit, against the backdrop of a blue sea.

On the image, she wrote: “This time last year. #Beachbumforlife.”

The picture seems to be from her holiday last year in Andaman Islands.

Ileana is currently all set to star in Unfair N Lovely, a comic take on India’s obsession with fair skin. Set against the backdrop of Haryana, the film features Ileana opposite Randeep Hooda. (IANS)