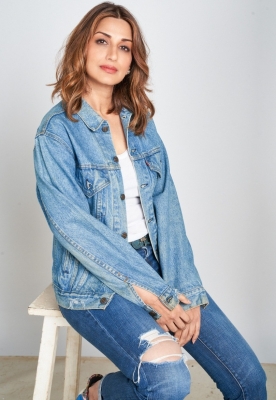 Mumbai– Bollywood actress Sonali Bendre will be joining the panel of judges which includes names such as popular TV actress Mouni Roy and choreographer Remo D’Souza for the upcoming reality show, ‘DID Li’l Masters Season 5’.

The actress says she is excited to judge the little dancers on the show.

Sonali Bendre said: “It’s great to be back with Zee TV and with the bachas on set once again. As you all know, dancing is something I have always been a fan of, and I am excited to see these lil dancers showcase their talent! Watching them come up on stage, to give it their all, is just something so pure and heart-warming to watch.”

Sonali has done several movies and also judged reality shows such as ‘Indian Idol’, ‘India’s Got Talent’ and others. Though she is coming on this show for the first time, she says she has been following its other seasons.

The actor added: “While this may be my first time on the show, I have followed the show for years now, and I truly believe that this platform has the potential to mould each child and help them break out of their shell, giving them the confidence to face the world. Dance is such a joyous form of art and I am definitely looking forward to watching these children blossom on the show.”

The dance reality show will be showing contestants between the age group of 3 to 13 years competing with each other. ‘DID Li’l Masters Season 5’ is coming soon on Zee TV.

Mumbai– Actress Shruti Haasan, who will be soon seen in the upcoming psychological thriller series ‘Bestseller’, likes to preserve some traits of her characters as a souvenir.

The actress feels glad that she got to play a character which is as determined as her. 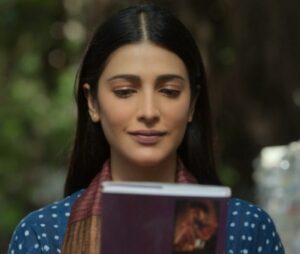 Commenting on the same, Shruti, who plays Meetu Mathur, an aspiring writer in the series, said: “I always love to walk away with the mood or the fragrance or the memory of the character. And I think what I got in this series is to meet another character that is really determined. So, I love remembering those experiences (while shooting for ‘Bestseller’).”

Drawing parallels between her real life persona and the character, she said: “I found it really interesting to play a part like Meetu because her arc is so interesting. The common thing if I had to say is that Meetu is a fan and a determined woman.”

Talking about the fun she had behind-the-scenes, Shruti said: “I had to do a scene where I would sit under a running shower, and we were shooting at the peak of winter season (in Rajasthan) and you know how cold it gets out there. The shot was ready and to my horror I realised that there was no hot water available.

“So, there I was, sitting in the freezing cold shower, trying to get the emotions on my face right while I quite literally froze.”

She added: “We have a scene where Satyajeet and I had to ride atop a truck and while we shot for it, there were gaps in shooting as the truck had to turn around on the highway and get back to the start location. Guess what we decided to do while that was happening? Satyajeet and I kept dancing on top of the truck and it was so much fun.”

“All of us really bonded well on the sets and you will see the chemistry come through between our characters as you watch the series. I am really looking forward to the series’ premiere and am excited to see the audience reactions.”

Directed by Mukul Abhyankar and produced by Siddharth Malhotra, ‘Bestseller’ will stream on Amazon Prime Video from February 18.

Mumbai– Famous television actor Pranav Misshra finds his role in the show ‘Bade Acche Lagte Hain 2’ quite relatable. He elaborates about his character and also shares his perspective about the content on television.

“When I was offered to play Akki in ‘Bade Acche Lagte Hain 2’, I could relate to the character on various levels. Though I was privileged to have less struggle as compared to my on-screen character who has to face lot of challenges in life. He is a very hard-working guy with self-respect ,” Pranav says.

“I am playing Disha Parmar aka Priya’s brother in the show. Akki’s character is extremely hard working and ambitious and has successfully managed to find a place in the audience’s heart with his performance. He isn’t a negative character rather determined, motivated and holds self respect,” shares Pranav.

He further shares that over the years, the choice of content on television has evolved.

Pranav explains: “In the past 8-10 years, if you see every project has a new storyline, shooting patterns and characters. But it is unfortunate that on television, there is not much commercial success to these new content oriented stories and the theme of high voltage vamp drama and ‘saas-bahu’ sagas follow due to the audience popularity. Television is changing as now an entire new genre of comedy and reality shows have made a parallel space for themselves.”

Karan, Bipasha talk about their married life on ‘The Kapil Sharma Show’

Mumbai– Actor couple Bipasha Basu and Karan Singh Grover has a fun banter about their married life on ‘The Kapil Sharma Show’.

Both will be seen as celebrity guests during a Valentine’s Day special episode. 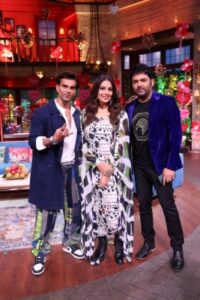 During conversation, actress Archana Puran Singh asked how many years it had been since they were married. And surely their answer can make anyone laugh out loud. It was hilarious that Bipasha and Karan are not sure about the years of their marriage. While Karan said six years, Bipasha stuck to four.

When asked how, Bipasha explained: “We were coming here to meet you (Kapil Sharma) and we knew you would ask us questions, we would forget the answers, so we decided ‘let’s just talk.’ So I asked him, ‘hey Karan, how many years have we been married?’. I counted and I missed two years.”

To this Karan replied: “I said it would be six years, but she said, “no mana 16, 17, 20, 21 four years completed?” So, for me it has been six years but for her it’s been four years.” After all confusion they finally concluded that this year on April 30 they will complete six years.

Bipasha added: “I said: ‘Karan we’ve made a mistake, how did we celebrate our 5th anniversary? I’m counting this! I was in panic mode! But my calculations were wrong, six year on April 30th, would be completed.”

Mumbai– Noted Hindi film director and producer Ravi Tandon passed away reportedly due to respiratory failure at his residence here on Friday. He was 86 years old and is survived by his wife Veena. 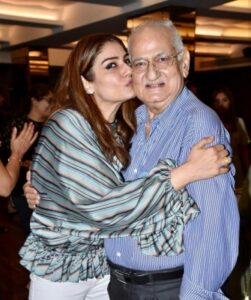 During his career, which took off in 1963 with Sunil Dutt’s production, ‘Yeh Rastey Hain Pyar Ke’, Tandon directed a number of hit films with some of the leading stars of the industry — films such as ‘Khel Khel Mein’, ‘Anhonee’, ‘Nazrana’, ‘Majboor’, ‘Khud-daar’ and ‘Zindagi’.

Tandon’s daughter, well-known actress Raveena Tandon, took to her Instagram account to share the news. She posted a few throwback pictures with her late father and wrote in the caption: “You will always walk with me. I will always be you. I’m never letting go. Love you papa.”

As soon as she shared the news, a number of celebrities, including Neelam Kothari and Juhi Chawla, posted condolence messages in the comments section.

Ravi Tandon was born in a Punjabi family in Agra. His son, Rajeev, helmed the popular Hindi television serial, ‘Heena’. Raveena Tandon has been in the news recently because of her brilliant performance in the web series, ‘Arayanyak’.

The show will have 16 celebrities on the show whose names will be announced officially soon. These contestants will be locked up inside the jail and there will also be a concept of bail in the reality show. 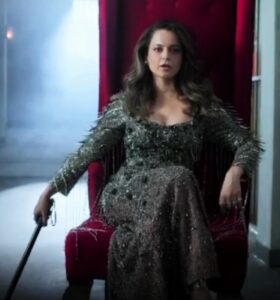 In the teaser, Kangana looks fiery as she walks down in the alley of a lockup. She describes the game rules and takes a dig at all her haters and also points out the nepotism in the industry.

She says that now it is her time to treat the contestants inside the lockup she wants.

Sporting a shiny baton in her hand, Kangana says: “I have faced haters who filed FIRs to me and used nepotism against me. They turned my life into a 24X7 reality show. But now it is my turn. Main laa rahi hoon, the baap of all reality shows. Yahan papa ke paiso se bhi bail nahi milegi.”

While sharing the teaser on her social media, the actor wrote: “Mera jail hai aisa, na chalegi bhaigiri na papa ka paisa!(This is my jail, neither bullying nor father’s riches will work). Get ready for #LockUpp streaming FREE from 27th Feb on @mxplayer and @altbalaji. Trailer out on 16th Feb.”

Produced by Endemol Shine India, the show, ‘Lock Upp’ is set to premiere on ALTBalaji and MX Player from February 27. (IANS)