Sonakshi starts shooting for next film in Punjab

Mumbai– Actress Sonakshi Sinha has started shooting for her next film in Amritsar, Punjab.

Sonakshi on Friday posted a video of herself: “Ready to begin film #23. Wish me luck.”

She then shared a photograph of herself along with actor Varun Sharma and filmmaker Mrighdeep Lamba.

“Naya din, nayi film… naya kaam… but no naam yet (new day, new film but no name yet) First day of shoot today, will tell you the name as soon as we know! Wish us luck,” the actress wrote.

The yet-untitled film is directed by Shilpi Dasgupta and jointly produced by T-Series and Lamba. Other details related to the film are still under wrap.

Mumbai– Actress Swara Bhaskar has joined hands with her brother Ishan to to launch her production house — Kahaaniwaaley — aiming to create and support entertaining and hard-hitting cinema. 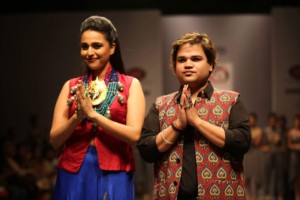 “The idea of Kahaaniwaaley has been in the works since the last year-and-a-half. At Kahaaniwaaley, the aim is to support good scripts and filmmakers that have these fresh and powerful stories but they don’t get the right platform to showcase them,” Swara said in a statement.

Ishan added: “There was a very popular Amrita Sher Gil painting – Ancient Story Teller – at our house in Delhi which served as an inspiration for Swara and me. The core idea of the painting is to tell stories which are compelling, fresh, raw and very different from the rest. Both Swara and I share a driven desire to make striking stories. Hence, when the opportunity came to set up Kahaaniwaaley, it fit our vision perfectly.”

They are working on films and will announce the projects soon.

Debut film is always the most special: Ayushmann Khurrana

Mumbai– Actor Ayushmann Khurrana says his debut movie “Vicky Donor” will always be the most special film for him.

Replying to a tweet about “Vicky Donor”, Ayushmann wrote on Thursday: “Debut film is always the most special. And the entire team will be special. Every moment. On screen as well as off screen.”

Released in 2012, “Vicky Donor”, a film by Shoojit Sircar, is based on sperm donation and infertility. It also featured Yami Gautam and Annu Kapoor in pivotal roles.

Women don’t need to prove themselves to anyone: Shilpa

Mumbai– Actress Shilpa Shetty Kundra says that women don’t have to prove themselves to anyone of their capabilities.

Shilpa is one of the judges of the show “Super Dancer Chapter – 3”. This weekend, the show’s young contestants, the super gurus and the super judges will be seen celebrating the 70th Republic Day with great enthusiasm.

One act highlighted the challenges that women face and how they are considered weak and less than men in every aspect, read a statement.

“We women don’t need to prove ourselves to anyone of our capabilities. God himself has given us females, the power to carry out his job of bringing new life into this world. He chose us because we are stronger. We should keep doing what we love doing without feeling the need to depend ourselves on others,” Shilpa said.

Mumbai– Veteran actress Aruna Irani feels Alia Bhatt will be the best person to live her life on the silver screen through her biopic.

“I have seen a lot of biopics and most of them only show the good and positive sides of the person. But I feel every aspect of the person must be shown, be it good or bad. Only then will you remain true to the person,” Aruna said in a statement.

“I was approached by many filmmakers for my biopic. If I ever go ahead with it, I will definitely want all aspects of my life to be covered. I feel Alia Bhatt will fit in my shoes the best,” she added.

At the moment, the actress is seen in the role of a grandmother in show “Dil Toh Happy Hai Ji”, aired on StarPlus.

Mumbai– Actor Sayush Nayyar will essay the role of Abhimanyu — a boy next door — in the web series “Kehne Ko Humsafar Hain 2”.

“Kehne Ko Humsafar Hain”, based on a mature and urban tale of love, is set to return with its second chapter with actors Ronit Roy, Mona Singh, Gurdeep Kohli and Sayush.

“I used to watch season 1 and I quite liked the show. While the first season was filled with emotions, the upcoming one is full of twists and turns which bring out the true essence of a family drama and dynamics,” Sayush said in a statement.

“I am grateful to get an opportunity to be a part of it and to work with such brilliant actors. I used to get nervous before every scene, but the directors helped me a lot in giving a perfect shot and taught me a lot of things,” he added.

The show’s second season is all set to stream this Valentine’s Day on the ALTBalaji app.

‘In My Heart’ celebrates unity that one finds in family: Nandana

Kolkata– Actress-writer-child rights activist Nandana Sen on Friday launched her new children’s book “In My Heart” that deals with the topic of adoption.

“This book celebrates unity that we find in our family. It is about the fact that every one of us is connected to our family through our hearts,” Nandana said at the Junior Tata Steel Kolkata Literary Meet 2019, an extension of the main event.

The book is about a ‘heart child’ (adopted child) Mia who discovers that she too has a ‘tummy mummy’ (biological mother), thereby explaining this complex theory in a simple and touching way.

Nandana, who is married to John Makinson, said that her four-year-old daughter Meghla Devsen Makinson (adopted by the couple) is convinced that she is Mia, but the book is about all the children who love their family, relatives and pets.

Nandana is the daughter of Nobel laureate Amartya Sen and celebrated author Nabaneeta Dev Sen. Meghla, who belongs to the family of such scholars, is naturally drawn to books.

Ranveer is the most special talent: Rapper Slow Cheeta

Mumba– Rapper Slow Cheeta, who has shared screen space with actor Ranveer Singh in the upcoming film “Gully Boy”, says the actor is the most special talent that the country has.

Talking about working in “Gully Boy”, the rapper told IANS over phone from Mumbai: “Ever since this film came my way, I feel I am blessed to have worked with Zoya Akhtar, Ranveer and Alia Bhatt. They all are just special.”

“I had my scenes with Ranveer and I think he is the most special talent that our country has had for a very long time and I don’t think that position is replaceable for a long time. He is the king of the jungle,” added Slow Cheeta, whose real name is Chaitnya Sharma.

Directed by Zoya Akhtar, “Gully Boy”, is said to be inspired by the life story of street rappers Divine and Naved Shaikh aka Naezy, known for their song “Mere Gully Mein”.

“She is magical as a director and brilliant to work with… (I am) hoping that this film gives our culture light,” he added. (IANS)