Mumbai– Actress Sonakshi Sinha says essaying the role of Satya in “Kalank” has been a very fulfilling experience.

The actress has been applauded for the role of Satya in Abhishek Varman’s period drama “Kalank”, and her chemistry with Aditya Roy Kapur.

“The response has been fantastic, everyone has loved my character and my portrayal of Satya and that makes me really happy,” Sonakshi said in a statement.

“Playing a character who is dying and harbouring so much pain is never easy. Abhishek really helped a lot in bringing that out of me. Satya has been one of the most fulfilling characters I have played,” she added.

“Kalank” also stars Sanjay Dutt, Madhuri Dixit Nene, Varun Dhawan and Alia Bhatt. Along with the varied hues of love, the period drama highlights the trials and tribulations of love with the spotlight on communal tensions. It released on Wednesday.

After “Kalank”, she has a lot to look forward to. She will be seen playing an astrophysicist in “Mission Mangal”, a small town girl in Mrigdeep Lamba’s untitled comedy, an outspoken social worker in “Bhuj: The Pride of India” and reprising her role of Rajjo in “Dabangg 3”.

New Delhi– Bollywood couple Aishwarya Rai Bachchan and Abhishek Bachchan are setting vacation goals by sharing moments of their holiday in the Maldives with their daughter Aaradhya.

On Thursday, they were seen at the Mumbai airport leaving for their annual holiday. A day later, they shared the location with picturesque images on their Instagram handles.

Aishwarya posted a picture of a view of the swimming pool leading up to the sea beyond from their resort, while Abhishek shared a picture of their room with tag ï¿½Bachchan’s Family Home’. The actor also shared another picture showing three bicycles with name plates.

Another photograph, which has gone viral on social media, shows a fan couple posing with the three of them by the swimming pool.

On the film front, Aishwarya was last seen in “Fanney Khan” and Abhishek was seen in “Manmarziyaan”.

New Delhi– Actress Sonam Kapoor’s businessman husband Anand S. Ahuja went down on one knee to tie his significant other’s shoelaces at a store launch in the capital.

Sonam was all smiles, as was Anand as he tied a shoelace for her at the collaborative collection launch of Italian sports-fashion powerhouse FILA with Anand’s multi-brand sneaker retailer VegNonVeg.

They posed happily for shutterbugs, and Anand seemed to be as smitten by Sonam as he seemed during their wedding.

A preview of the FILA x VegNonVeg line was held here on Thursday, and Sonam looked bright in a mustard dress with elaborate sleeve detail and a centre bow. She teamed it up with a pair of yellow and red sneakers from the line. Anand wore an all-black look, but matched shoes with his wife.

The limited edition ‘Masala Mindblower’ sneaker has been inspired by a masala box in design and colour scheme, keeping in line with Anand’s brand’s aesthetic. The design, colourway and materials all come from the spicebox, with hints of VegNonVeg graphics and brand language.

Mumbai– Leading actors Amitabh Bachchan, Aamir Khan and Ranbir Kapoor have featured in a tribute song dedicated to the 40 slain CRPF troopers who died in a terror attack in Pulwama, Jammu and Kashmir, in February. 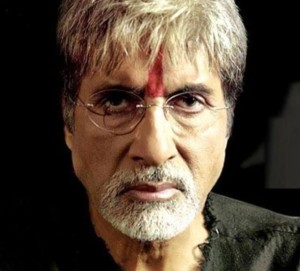 “Commendable work has been done by Amitabh Bachchan, Aamir Khan and Ranbir Kapoor for the tribute song ‘Tu Desh Mera’ dedicated to the martyrs of Pulwama. We would like to thank you all for showing your support towards the martyrs,” read a post on the official Twitter account of Central Reserve Police Force.

In images shared along with the post, the actors are dressed in white, sending out a message of peace.

The February 14 terror attack was widely condemned by the Indian film fraternity. Artistes and technicians representing 24 film associations had even held a two-hour protest against the incident, and doubled up as a warning to filmmakers against working with Pakistani talent or releasing their films in Pakistan.

New Delhi– Diljit Dosanjh is proud of his roots in Punjab, but the singer-actor is ready to explore the south Indian film industry as well.

“I like south Indian films… the action and all. My make-up person is from south. He keeps telling me the names of superstars from south India. If I get a good film from there, I will do it,” Diljit told IANS here.

The “Jatt & Juliet” actor started his acting career in Punjab with the film “The Lion of Punjab” in 2011. After creating waves in his home state, he made a splash in Bollywood with “Udta Punjab” in 2016.

“I am very happy that I started my journey from Punjab. I feel that what I can express in Punjabi language, I can’t do it in the same way in English or Hindi,” he said.

As for Hindi films, the “Do you know” hitmaker chooses from whatever he gets.