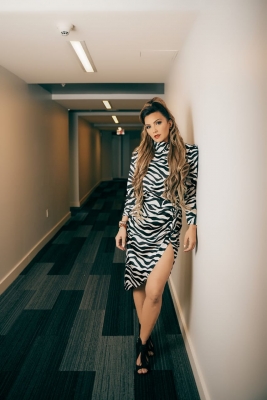 Mumbai– A new documentary series ‘Fight or Flight’ is all set to bring Somy Ali’s journey and how the Bollywood actress-turned-activist helped thousands of men, women, and children from domestic violence and sex trafficking.

She will also be discussing her own journey as she herself suffered as a young woman.

In the premiere episode it will be shown how Somy works alongside law enforcement to bring a woman and her son to safety from an alleged volatile abuser, meets with a sex trafficking victim who wants to rebuild her life entirely, and assists a woman in a fight for financial freedom.

So, the docuseries will feature her journey and experiences from entertainment industry to running a non-profit organisation ‘No More Tears’ and through it the way she managed to help victims of sex trafickking and domestic abuse.

“Having our cameras capture the painfully important and intense work that Somy does is an incredible honour, hopefully empowering many victims of abuse and trafficking to realize that they do not need to suffer in silence,” said Jason Sarlanis, President of Crime and Investigative Content, Linear and Streaming.

The first three episodes of ‘Fight Or Flight’ will be streaming on discovery+ beginning from May 26. Three remaining episodes will drop weekly on Thursdays. 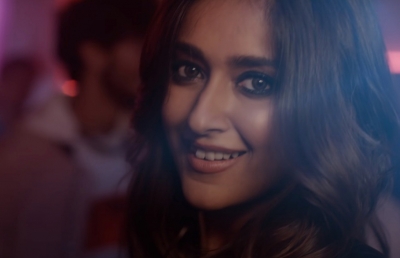 The track, which has flavours of urban and contemporary music, has been composed and sung by Qaran with lyrics by Qaran and Siddhesh Patole.

The song has been conceptualised and created by Vidit Chitroda and directed by Avinash Jai Singh. It features reggaeton inflections powered by guitars and an infectious groove. Talking about the song, Ileana D’Cruz said, “When I heard ‘Ooo Ooo’ I couldn’t stop grooving to the track, it was right up my alley. Qaran and I had a blast filming the song and I can’t wait for everyone to listen to it.”

Sharing the idea behind the song, Qaran said, “‘Ooo Ooo’ is a song that I’ve always wanted to make. Something which puts a smile on peoples faces and gives them a feeling of positivity and happiness. In my opinion, this song and the energy it brings is the perfect way to usher the world back into a state of a relative normalcy after 2 years of uncertainty.”

“I want this song to be remembered as a moment of celebration for the same. I can’t think of anyone better suited to bring out this emotion on screen with me than the gorgeous Ileana D’Cruz. Having the record be released by Vinod Bhanushali & his record label Hitz Music is the icing on the cake”, he added.

Alefia Kapadia: We step into relationships with baby steps that make us fall in love

Mumbai– ‘Bade Achhe Lagte Hain 2’ actress Alefia Kapadia talks about the ongoing track and how the show brings out the reality of two strangers gradually falling in love with each other in an arranged marriage. 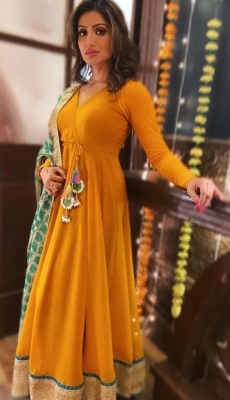 The show revolves around Nakuul Mehta and Disha Parmar, who are playing onscreen couple Ram and Priya respectively. In the ongoing track, the lead characters are shown facing the dilemma to express their feelings for each other.

Alefia spoke about the quandary Ram (played by Nakuul Mehta) and Priya (essayed by Disha Parmar) are now facing.

She says: “We step into relationships with baby steps which gradually make us fall in love. Love is not some quick scheme that two people can fall into. It takes time, you have to know the person that you want to love. Certainty is the keyword here. Sure, the heart wants what it wants, but there are always doubts.”

The actress adds about the upcoming episodes in which both Ram and Priya will confess their love for each other.

“Priya still has to come to terms with her own feelings for Ram even though Ram is already head over heels in love with her. Love is an experience that is unique to each individual. What is important is that you enjoy the journey and the show is inviting viewers to be a part of this journey of Priya to Ram,” she adds.

Mumbai– Actress Mrunal Thakur, who will be soon seen in cricket drama ‘Jersey’ opposite Shahid Kapoor, believes that getting typecast in the industry should be the least of worries for an actor. 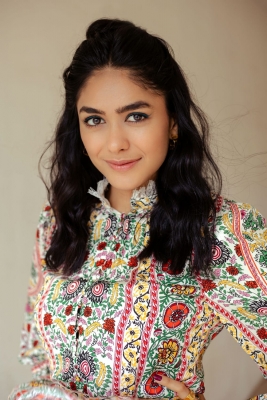 For her, script selection rests on how relatable or interesting the role that’s being offered is, the strengths of that character and most importantly the story being told.

Mrunal said: “For an actor to be cast in films with a great script and a great team backing it is of utmost importance. I don’t fear being typecast because I know as an actor what and how I can differentiate the roles I’m essaying.”

She explained: “I personally think that to play a similar character can actually pose a good challenge for me, because then it’s my calibre as an actor to bring something fresh to the screen.”

And she concluded:”I personally feel very blessed and fortunate to get all kinds of roles that come my way. It is about giving your 100 per cent on screen and leaving the rest for the audience — and that is exactly what I do.

‘Jersey’, directed by Gowtam Tinnanuri, is set to debut in theatres on April 14. 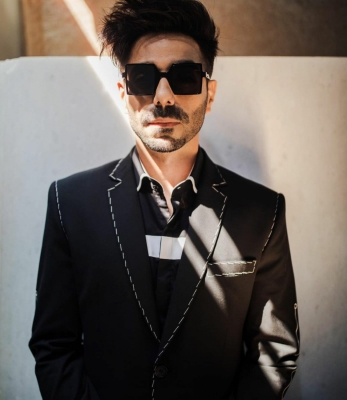 The production team for the film, directed by Atul Sabharwal, has wrapped up its shooting schedule spanning cities like Delhi, Bhopal, Agra and Mumbai.

The actor went ahead to mention that he enjoyed Sabharwalâ€™s process so much that he now wants to do a comedy film with the director. Aparshakti said, â€œI think Atul sir has a great sense of humor, which people are absolutely un-aware of. Thatâ€™s what kept the set going. His sense of humor and secondly the team work. We were all always together in it.â€

He added: â€œIt’s never a â€˜meâ€™, it’s always a â€˜weâ€™, with the best of teams. Bidding adieu to the most beautiful team and taking some fond memories with me from the sets of ‘Berlin’. It’s been fun working with the entire team and seeing Atul sir’s brilliant mind from up close. Canâ€™t wait for people to see the world that he has created. On to the next one from here.”

The action thriller has been produced by Zee Studios, Atul Sabharwal and Manav Shrivastav under the banner of Yippee Ki Yay Motion Pictures. (IANS)