Shruti Sharma: Looks no longer the sole criteria to get work in TV

Mumbai– Actress Shruti Sharma who’s known for her performances in shows like ‘Namak Issq Ka’ and ‘Gathbandhan’ spoke about how the term “prettiness” is no longer the means for actors to get work in television.

She says: “With time, TV is also evolving and getting better in terms of content which is why people of all complexions, shape, size or colour are getting work. Girls with dusky complexion are being welcomed too and nowadays people scout for girls with ‘neat features’ although it’s wrong again, I feel those lines are diminishing as well”.

On the professional front she has also been a part of films like ‘Pagglait’ and ‘Agent Sai Srinivasa Athreya’.

Mumbai– Actress Sunny Leone ventured into the NFT (non-fungible token) space after she made an announcement to enter the marketplace following in the footsteps of megastars Amitabh Bachchan and Rajinikanth.

And now, racing ahead, Sunny has gone on to mint her NFTs. Minting is a process through which digital art becomes a part of the Ethereum blockchain – a public ledger that is unchangeable and tamper-proof.

International celebrities such as Ellen Degeneres, Paris Hilton, and Lindsay Lohan have previously ventured into NFT as crypto currency has become a global rage and Sunny’s minting has surely taken the Indian crypto enthusiasts by storm. The actress announced her first collectible on Twitter as she tweeted, “MEET the MISFTIZ ! This is misfitz HONEY! She loves the color pink…boys with tattoos…and then eats them for lunch. What the world has been waiting for!!! #SUNNYLEONENFT collectibles. Check them all out on http://Sunnyleonenft.com (sic.)”

The actress took the lead among Indian actors to secure their digital assets when she broke the news about her association with NFT, two months back. This made her the first Indian actress to roll out her own NFTs.

Talking about the collectible, an excited Sunny says, “This was a private sale and it sold out immediately. I am beyond excited about the hype behind my collection and the support from the community. In many ways, I am myself a misfit so there wasn’t anything that’s more appropriate than this collection.”

Talking about how she views crypto, the actress said, “I really believe crypto is the future of the world and NFTs give me an opportunity to express myself with art. Now we are beyond excited for the public sale to start in a few days.”

Emraan and Nikita summon the devil with their Halloween look

Mumbai– Emraan Hashmi made his foray into the world of OTT with his recently released film ‘Dybbuk’. One has to admit that there couldn’t have been a better time for the film’s release as it fell concurrently with the festival of Halloween. 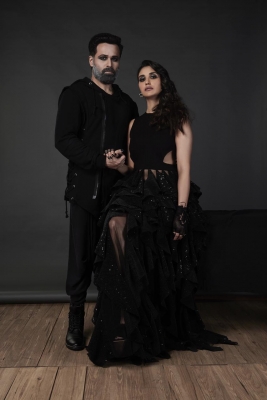 To celebrate the Halloween spirit, Emraan and his co-actor from the film, Nikita Dutta put their best spooky foot forward thereby amping up the excitement for the festive season and the film in equal measure.

Dressed in all black, both Emraan and Nikita sported a classic goth look that could send shivers down the spine. While Emraan sported a salt and pepper look with a thick stubble, Nikita with her saddle shade of lipstick, black gloves and bands looked hauntingly beautiful. The two exuded scary vibes and emotions in line with the theme of the film. It won’t be wrong to call their looks a work of the devil and it’s certainly not for the weak-hearted.

‘Dybbuk’ premiered on Prime Video on October 29. In addition to Emraan and Nikita, the film also stars Manav Kaul and Anil George in pivotal roles. Written and directed by Jay K, the film is the official remake of 2017 Malayalam blockbuster ‘Ezra’.

Samantha in talks for a Bollywood movie

Hyderabad– Samantha Ruth Prabhu has a handful of offers in her kitty right now. With her mythological epic drama ‘Shaakunthalam’ in the post-production phase, Samantha has two bilingual movies in the pipeline. 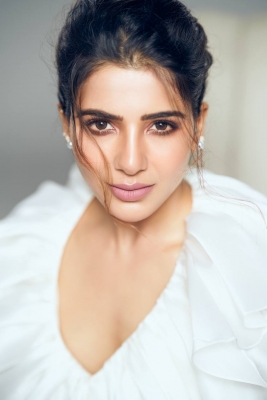 Fresh reports from the industry suggest that Samantha is all set to make her Bollywood debut as well. The same sources had reported that Samantha is being approached for an interesting role for a movie that is to be made under actress Taapsee Pannu’s production.

Taapsee Pannu’s Outsiders Films is to produce a female-centric thriller, for which the casting team has suggested Samantha Ruth Prabhu as the lead. However, there is no official confirmation on this, though Samantha appears ready to take up new challenges.

Samantha made her mark on the pan-India audience with Prime Video’s web series ‘The Family Man 2’. Also there were rumours of Samantha moving to Mumbai, as part of her work which she later denied.

‘Oh Baby’ actress Samantha, on the other hand, is on a break, taking trips and enjoying her vacation with friends. Her movies ‘Shaakunthalam’ and Vignesh Shivan’s ‘Kaathuvaakula Rendu Kaadhal’ are readying for release soon.(IANS)