Shilpa Shetty is all praise for Shiamak Davar

On watching her son dance, Shilpa said: “Choreographers have the ability to conceptualise, visualise and put things into action, but Shiamak creates artists. I am amazed to see what he is able to produce after one year of training. I haven’t been able to do it in 26 years.”

She added: “Also, there is soul in each and every dancer because he himself is such a dancing soul and this translates on stage by his students as well as performers. He is so ahead of his times that what he has done 20 years ago, it is still being replicated in some form or the other. I will be scared to dance as an actor because Shiamak’s dancers were power excellence.”

Taapsee: Shoot for Mithali Raj biopic to start in mid 2020

Mumbai– Taapsee Pannu is gearing up to play former captain of the Indian women’s cricket team, Mithali Raj, in the biopic “Shabaash Mithu”. The actress informs shooting for the film will start in the middle of 2020.

“It is going to be difficult, I know. I watch cricket a lot but I never played the game. So, it is going to be challenging for me. Mithali (Raj) has already told me that ‘I’d like to see how you play the cover drive!’ So, I dream of cover drives now,” Taapsee laughed.

“I will start preparing for the film at the start of next year because we are going to start shooting of the film from middle of 2020,” added the actress.

On December 3, Taapsee took to Instagram to wish Mithali Raj on her birthday with a series of pictures and a heartwarming message, along with which she made the formal announcement of the film.

Taapsee Pannu has lately been a part of several successful films such as “Badla”, “Mission Mangal” and “Saand Ki Aankh”, and she has been vocal in her demand that male and female actors should get equal pay.

Has her recent streak of success ensured a hike in her fee? “Yeah… With every successful film, producers are ready to give more,” she replied.

There are media reports that Taapsee Pannu might be seen essaying a double role in the upcoming “Sia Jia”, produced by filmmaker Sanjay Leela Bhansali.

Mumbai– Actress Richa Chadha says women are still paid lesser than their male counterparts in the film business across the world despite all the talk on discrepancies.

“We have been discussing the discrepancies between male and female remuneration in every industry for quite some time now. Making up for the gap in remuneration has taken us years. Across the film business globally, women are still paid lesser compared to their male counterparts but there’s been some changes happening on that front in some parts,” Richa said.

“I see a change in the OTT world. We are writing stories where such issues are being discussed and debated, thus creating a shift in conditioning. There’s a reason we broach the subject in the second season and it clearly is an important facet in Zarina’s personality shift (Zarina Malik from ‘Inside Edge’). I am glad that at this point in time I am working with filmmakers and artistes who believe in the idea that merit should be the only measure for remuneration,” she added.

On the work front, Richa is seen in “Inside Edge 2”.

Salman on Sunday night took to Twitter, where he shared a photograph of himself posing with Hasina, whom he described as a beautiful lady and Katrina.

“Katrina and I, with the Honourable Prime Minister Sheikh Hasina. It was a pleasure and honour to have met such a beautiful lady,” he captioned the image.

The two Bollywood actors were reportedly in Bangladesh to perform at the inauguration ceremony of Bangladesh Premier League (BBPL).

On the acting front, Salman is gearing up for the release of his upcoming film “Dabangg 3”, where he will be reprising the role of Chulbul Pandey.

Katrina, on the other hand, is currently busy shooting for her next “Sooryavanshi”, which also stars Akshay Kumar. The film is directed by Rohit Shetty.

Mumbai– Actress Dia Mirza has a gift for her fans on her 38th birthday. She is starting her new production house to make meaningful content.

The company called One India Stories LLP plans to use different formats and mediums to bring forth genuine content.

“We plan to collaborate with some incredible individuals from different film industries and also have women-led stories as part of the roster,” Dia said adding that she has been in conversation with multiple content creators, script writers and filmmakers.

“I believe in the power of ONE and that we are all bound by the thread of oneness and humanity. One India Stories is formed with this thought. We want to create stories that will make you pause and think, stories that will remind us of our connection to each other and the planet, stories that will make us watch and reflect. It’s a very special start for me, something I’ve always wanted to do and I hope we are able to showcase our vision in every story we create”, she added.

The former beauty queen also has a production company, Born Free Entertainment Private Limited, which she had launched along with her ex-husband Sahil Sangha in 2011.

Mumbai– Actor Shahid Kapoor, who next will be seen on screen in the Bollywood remake of the Telugu hit “Jersey”, says he cried four times after watching the original film because he could relate to the central character of the story, who is close to his age. 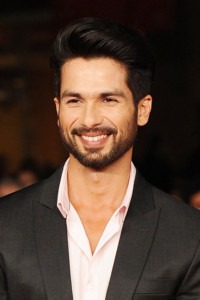 “I never wanted to be part of a remake again (after ‘Kabir Singh’). I wanted to do an original film because people might think I am only doing remakes, but when I saw the film (Jersey), it touched my heart. Although it is based on cricket, it tells the story of a 36-year-old guy who has a six year old son. He used to play cricket but he quit the game. For certain reasons, at the age of 36, he decides to play cricket again because that’s the only thing he knows,” Shahid said while interacting with the media at Star Screen Awards on Monday in Mumbai.

He added: “Personally, I could relate with this story because, too, am 38 years old. Sometimes, I also used to feel that I am not delivering a blockbuster film, so what should I do? Should I try something else? There is a time in everyone’s life when we wonder why we are not doing well in life. Then you do something else, or make some kind of compromise.”

Shahid said he could relate to the the original Telugu film tremendously. “Deep down, I feel you should do things you love or feel connected to, whether you get success or not. You should feel satisfaction in heart while doing what you do. That’s the message of this film. Actually, I cried four times when I saw the film. This character is not like Kabir Singh at all. He is very quiet and introverted in nature. But his journey is inspiring,” the actor said. (IANS)