Mumbai– Shahid Kapoor and his wife Mira Kapoor have named their second child “Zain Kapoor” and the actor says that they feel complete with his arrival.

The “Padmaavat” actor on Friday took to Twitter to thank his fans and followers for their wishes.

He wrote: “Zain Kapoor is here and we feel complete. Thank you for all the wishes and blessings. We are overjoyed and so grateful. Love to all.”

The son was born on Wednesday evening at the Hinduja Hospital.

The couple has also a daughter named Misha, born in 2016.

Also, a day after Shahid Kapoor became a father for the second time, the actor’s Twitter and Instagram accounts were hacked, but later both the accounts got retrieved.

“Hey guys, finally I am back on twitter. Yes it was hacked. Kindly ignore any communication that came from my handle in the last 24 hours,” Shahid tweeted.

Crooned by Rekha Bhardwaj and composed by Vishal Bhardwaj, the song has been penned by Gulzar.

“Who could refuse a number sung by Rekha ji, written by Gulzar saab with the music being given by Vishal Bhardwaj? And when you have Ganesh choreographing you, there can be nothing better,” Malaika told IANS.

“I was instantly in love with the peppy number. It was a great experience working with Vishal ji. This is the first time i have done a song with Ganesh Acharya, I have always wanted to work with him and it finally happened with this special song. It was fun shooting for it with the entire team,” she added.

“Pataakha” is a comedy-drama film directed by Vishal Bhardwaj about two sisters who share a difficult relationship with each other.

Sanaya never participated in shows with intention of winning

“I take part in it (shows) to do what I like doing. I took part in two dance reality shows because I love dancing. I have never entered with the intention of winning. I don’t know what goes on, how reality shows work or don’t work,” Sanaya told IANS.

“I go there and do my job. I do what I like doing. I get paid for it and I come home very happy. So there is no reason why I wouldn’t do a reality show and I am perfectly okay with it. It’s not like I have to win every reality show.

“I am happy where I am and doing what I am doing,” added the actress, who made an appearance in the reality show “India’s Next Superstars” earlier this year.

Any fiction or reality show in the pipeline?

She is currently busy exploring the web world. She featured in the new digital project, “Zindabaad”, along with filmmaker-actor Vikram Bhatt.

Neeru against parents’ over interference in children’s married lives

Mumbai– Actress Neeru Vaghela says over interference by parents in their childrens married lives will only lead to discord.

“In today’s time, I feel people in a way are not able to understand the different nuances of the institution of marriage. They should understand that marriage is not about one person adjusting all the time, both the parties must adjust and make it a successful partnership,” Neeru said in a statement.

“Furthermore, it is important for parents to understand the fine line where they need to stop intervening in their children’s married lives. They should definitely offer support whenever needed and take a judicious call for the same. Over interference in the form of offering advice in trivial matters will only lead to discord,” she added.

Mumbai– Anu Malik composed a song titled “Sab badhiya” on the set of the show “Indian Idol”. It will be used in the forthcoming film “Sui Dhaaga”, and its lead actor Varun Dhawan is thrilled about it.

Varun and his co-star Anushka Sharma made a special appearance on the show to promote “Sui Dhaaga”. Incidentally, Anu has also composed music for the title track of this Bollywood project.

While shooting for the episode, Anu composed “Sab badhiya” on the spot, read a statement.

Everyone including Anu’s co-judges Neha Kakkar and Vishal Dadlani, along with Varun and Anushka were surprised.

“This came as a pleasant surprise to both me and Anushka as we were not expecting it at all. While leaving from the sets, Anuji got all the 11 ‘Indian Idol’ contestants to come on stage and perform the song ‘Sab badiya’,” Varun said.

“It was so amazing and powerful that we have decided to retain it in the film. Personally, this was an extremely emotional moment for me as I have been requesting Anuji for a composition since a long time now. It was worth the wait.”

“Wishing the happiest of birthdays to the coolest dude ever. Words are never enough to write and our hearts are never enough to fill the love we feel for you pa! Mammukka,” Dulquer tweeted along with a photograph of Mammootty sporting a shirt with rolled up sleeves and blue shorts.

The father and son share a strong bond, but Dulquer is not dependent on his father for his films.

Earlier in an interview with IANS, Dulquer, who made his Bollywood acting debut with “Karwaan” this year, said: “My dad doesn’t give me too much feedback after watching my movies. I am sure he enjoyed it (‘Karwaan’).”

The “Kali” star made his acting debut in 2012 with the Malayalam film “Second Show”. He has also acted in Tamil and Telugu films.

Child abusers should be named and shamed, says Preeti

Mumbai– Actress Preeti Jhangiani, who has filed a complaint against an elderly man for abusing her son, says such abusers should be named and shamed so that they learn a lesson. 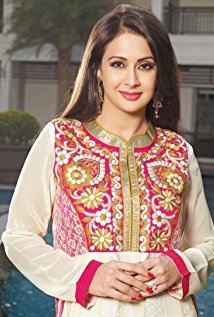 Talking about the incident, Preeti told IANS: “My son along with a group of friends went to play at a building garden where they have been playing for quite some time now. During the game, they create noise, fight at times, which I think is part of their childhood and is natural.

“However, one boy among them went to his grandfather to complain about it, and then that elder man came out and created a ruckus. He verbally abused and screamed not only at all the children who were playing there but also the mothers who tried to stop him from abusing children.”

“I filed the complaint because I believe that such child abusers should be named, shamed and are taught the lesson of a lifetime,” added the actress, who is married to actor Parvin Dabas.

The actress went to Khar police station on Thursday to lodge an non-cognizable complaint against the man.

“He told those mothers to shut their mouth because he didn’t want to talk to ladies. He was giving Hindi ‘galis’ to the kids and screaming. Both my sons – one is 7 and the other is 3 – felt traumatised when they came back home with their nanny,” she said.

“My younger son started crying uncontrollably because he got really scared of the screaming. Such ill behaviour from an elderly man cannot be tolerated. I want to see the end of it,” added the actress of “Mohabbatein” fame.

Asked about the current status of the situation, she said: “The man is absconding now because he is not coming to the police station. But I am sure if he does not come, the police will take further step.” (IANS)