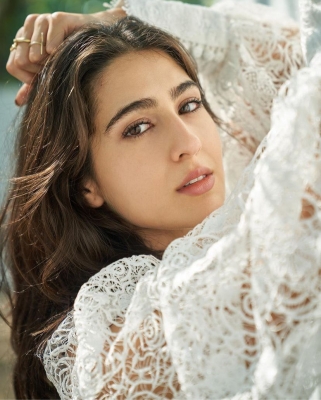 Mumbai– Bollywood actress Sara Ali Khan, who was last seen in the streaming movie “Atrangi Re”, will be headlining another streaming movie titled “Ae Watan Mere Watan”. The film is set to go on floors this month.

The revelation was made by Bollywood star Varun Dhawan, who is the Prime Video Bae. In his signature, inimitable style, Varun revealed that Sara Ali Khan will play a valiant, lion-hearted freedom fighter in a fictional tale set against the backdrop of Quit India Movement in 1942.

“Ae Watan Mere Watan” is a thriller drama inspired by true events. It has been written by Darab Farooqui and Kannan Iyer.

A Dharmatic Entertainment Production, the film is being produced by Karan Johar and Apoorva Mehta, with Somen Mishra serving as the co-producer and is being directed by Iyer. The film will be released directly on OTT platform Prime Video.

Ayushmann Khurrana once harboured a dream to become a doctor

Mumbai– Bollywood actor Ayushmann Khurrana, who will be seen as Uday Gupta, a gynaecologist, in the upcoming film Doctor G, has shared that he once harboured a dream to become a doctor. 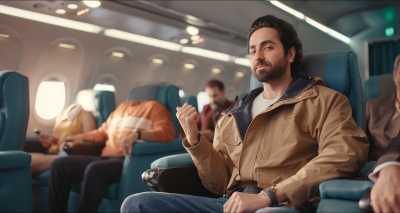 “I wanted to become a doctor, but nobody knows about it. I tried physics, chemistry and biology in the 11th and 12th standards. I even gave PMT exams, CBSE PMT, Karnataka CET… all these exams I had appeared for,” he said.

The actor is happy that Doctor G’ gave him the chance to live his dream of becoming a doctor on celluloid.

“Not in real life, but at least I have become a doctor in the film. It’s a beautiful script, and playing a doctor on screen is a dream come true,” the actor added.

Produced by Junglee Pictures, directed by Anubhuti Kashyap and written by Sumit Saxena, Saurabh Bharat, Vishal Wagh and Anubhuti Kashyap, Doctor G’ is slated to release in theatres on October 14.

Mumbai– As they are all set to take their wedding vows on Tuesday, actor Ali Fazal brought out his inner poet as he shared some pre-wedding pictures with his wife-to-be Richa Chadha. 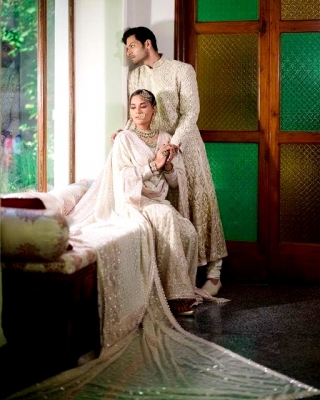 Richa and Ali had a celebration in Lucknow. It was in true Royal Awadhi style. A performance by Sabri Brothers from Rajasthan and Awadhi cuisine were the highlights.

Richa and Ali look their elegant best in their couture wear designed by ace designers Abu Jani and Sandeep Khosla. The duo complimented each other with Ali looking dapper in a gold and beige sherwani and Richa looked gorgeous in an off white outfit.

The couple flew down to Lucknow where an evening affair was hosted by Ali’s family in the name of Richa.

The evening began with an energy-filled Qawwali presented by Sabri Brothers. The decor was in compliments to the Awadhi-Lucknowi culture with golden custom made drapes, chandelier candle holders.

The food was meticulously prepared by Lebua, a heritage family-run hotel in centre of Lucknow with special dishes being prepared by Mahmoodabadi, another traditional family-run catering company that honours cuisine peculiar to the region.

Mumbai– ‘Bigg Boss 10’ fame Antara Biswas, who is popularly known as Monalisa, recently shared that she will be essaying the role of a sex worker in the anthology ‘Ratri Ke Yatri 2’. The actress also opened up on the challenges that the character entailed.

Talking about the same, she said: “Every role has its own shape, form, and essence. And it becomes even more challenging when you have to step out of your comfort zone to play a certain character. At the same time, it pushes us as an artist to take that extra step where you give your best shot and deliver a performance that justifies the role.”

Monalisa is known for doing Bhojpuri films and was also seen in ‘Nazar’ and ‘Namak Issk Ka’, ‘Nach Baliye 8’, ‘Smart Jodi’, and many more. Now, the actress is part of one of the five stories ‘Dulhe Raja’ in the series.

The anthology series includes five different stories with a common background of the red-light area and its dark reality. Opening up on how she prepared for the role, she said: “I watched many shows and movies where actresses have donned the role of sex workers. I even had a dialect coach train me on my dialogue delivery with a firm yet elegant attitude. Since my character is a strong-headed woman, I could add my own elements to it.”

Shedding light on her story in the series, she added: “My episode ‘Dulhe Raja’ is about a mysterious visitor in the red-light area and my character, with her wit and headstrong personality, teaches him a lesson for life.”

Amit Sadh meets his inspiration while holidaying in US

Mumbai– Actor Amit Sadh, who is known for his work in ‘Kai Po Che!: Brothers…For Life’ and the streaming series ‘Breathe’, recently made Golden Globe Award winning Hollywood actor Jeremy Samuel Piven during his ongoing holiday in the USA. Amit is quite inspired and influenced by the American actor-comedian-producer. 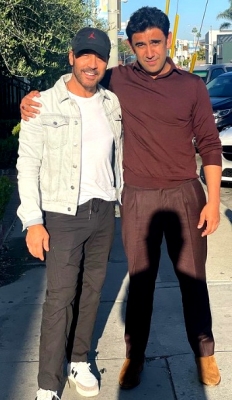 The actor even shared a picture of himself with Jeremy on his Instagram and also penned down his experience of interacting with him.

Amit wrote in the caption: “Jeremy Piven’s portrayal of Ari Gold (Entourage) is one of the first few performances that inspired me when I started my acting career. It continues even today after meeting him, I find him bold, and he has the fortitude and courage to push through life’s ordeals. He has greatly influenced me so much that it helped me to understand that there is a great message under the mess we come across in our life (sic).”

Expressing his gratitude, he further mentioned: “Thank you brother for opening up to me. I cherish the stories of your life, which you shared with me. I look forward to your next film and can’t wait to see you tap dancing. This friendship shall continue. @borncarioca Thank you for making this happen – and for the shadow that lurks on this image, says it all.”

Jeremy is best known for his role as Ari Gold in the popular comedy series ‘Entourage’, for which he won a Golden Globe Award and three consecutive Emmy Awards.

Meanwhile, Amit, who recently completed shooting for season 3 of ‘Breathe’, will be portraying a photojournalist in his forthcoming short film titled ‘Ghuspaith – Beyond Borders’. 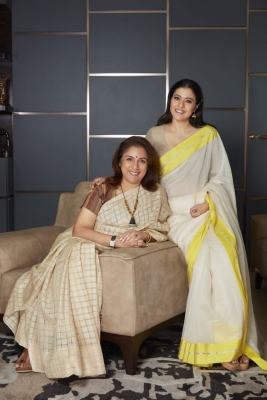 The film has been directed by Revathi.

Kajol shared a video of herself along with Revathi from the pandal on her Instagram. She captioned the video, “Seeking Durga Ma’s blessings and yours. For our new offering #SalaamVenky @revathyasha.”

While Kajol wore a peach coloured saree with floral print for the occasion, Revathi donned a blue saree.

‘Salaam Venky’ is inspired by the true story of a mother’s strength when faced with life’s challenges. The film was earlier titled ‘The Last Hurrah’.

Revathi had earlier directed films such as the National Award-winning movie ‘Mitr, My Friend’ and the Salman Khan and Shilpa Shetty-starrer 2004 drama ‘Phir Milenge’.

Shivaani Singh talks about playing a journalist in ‘Shiksha Mandal’

Mumbai– Actress Shivaani Singh, who was seen with Vijay Deverakonda in the Telugu film ‘Ye Mantram Vesave’, is currently getting praised for her work in the web series ‘Shiksha Mandal’ which unravels the scams and corruption in the education system that affects both teachers and students. 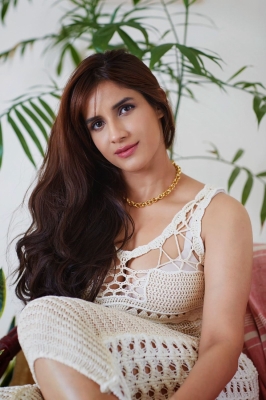 In the series, the actress plays the role of a journalist, Shivaani Dubey.

Apart from her, the other cast includes Gauhar Khan, Gulshan Devaiah, and Pavan Raj Malhotra.

Explaining the character portrayed by her in her OTT debut with ‘Shiksha Mandal’, the actress said: “I am playing the character of a successful journalist, a respected public figure in the media circle, Shivaani, who belongs to an affluent family.”

She further mentioned, “This character was sweetly challenging as I had to appear as someone who was a competitive professional at the same time it required me to carry it with softness when it came to her personal life with Aditya (Gulshan Devaiah) and his family and I am thrilled and grateful that the audience is loving my performance and the character.”

She later expressed her gratitude to the director for giving her this role and also for writing the entire traits of her character with so much perfection. She also praised her co-stars for making the atmosphere comfortable so that she can work with ease.

“I owe this to our director Syed Ahmad Afzal who wrote Shivaani Dubey with such finesse and picked me to play it. For this, I’ll always be grateful to him. It was such a breeze to work with Gulshan Devaiah and Gauahar Khan. Gulshan made it at home for me and he is easily one of the kindest people I have known.”

“Also, Gauahar is such an easy person to talk to, as soon as we met we bonded and in our first scene together we bonded over our uncontrollable giggles,” she concluded. (IANS)