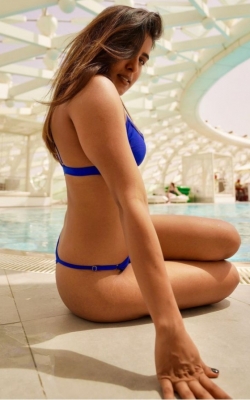 Bengaluru– Kannada actress Samyukta Hegde’s bikini poses at Dubai have gone viral on social media. Traditional Kannada audiences who are not exposed to such a glamorous presentation have gone crazy about her clicks.

“Not sure if I was beating the heat or raising temperature!” Samyukta captioned her hot photograph. Samyukta made her debut with super hit ‘Kirik Party’ movie opposite Rakshit Shetty.

She had won Filmfare Award for Best Supporting Actress in Kannada for the movie. She had made her debut in Tamil language with ‘Comali’ along with Jayaram Ravi and Kajal Agarwal.

Nothing more beautiful than a film that connects people: Fatima Sana Shaikh on ‘Modern Love: Mumbai’

Mumbai– Actress Fatima Sana Shaikh is enjoying the appreciation she has been receiving from the audience for her performance in ‘Raat Rani’ from the anthology series ‘Modern Love: Mumbai’. 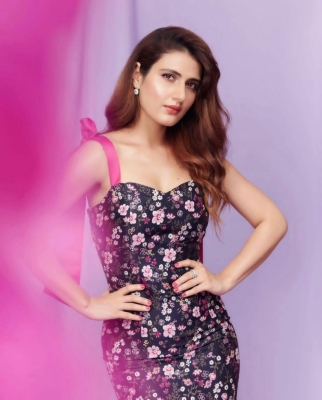 The actress has given a realistic performance that is being noticed by viewers and critics.

Fatima in ‘Raat Rani’ plays the character of an open-hearted, flamboyant girl Laali, who is heartbroken because of her partner’s betrayal but then emerges as a self-loving girl.

“I am very happy to see that the audience is connecting with the character and its even more special because now people are reaching out to me and sharing their stories and telling that Laali has inspired them to cross the flyover and there is nothing more beautiful than a film that connects people and inspires people and I am just humbled by everybody’s love.”

Meanwhile, on the work front, apart from ‘Modern Love: Mumbai’, Fatima Sana Shaikh is currently gearing up for the release of ‘Sam Bahadur’ alongside Vicky Kaushal and ‘Dhak Dhak’, with Ratna Pathak Shah, Dia Mirza, and Sanjana Sanghi.

Hyderabad– Actor Aadhi Pinisetty and actress Nikki Galrani got engaged in March 2022. Both celebrities wound up the pre-wedding rituals as per Hindu traditions, earlier on Wednesday. 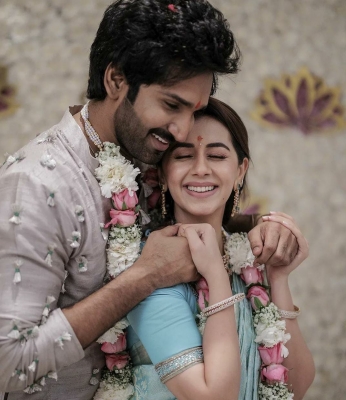 The event drew a few celebrities, including Arya, Nani, Sundeep Kishan, and others. A few photos from the ‘haldi’ event are currently circulating on social media.

Aadhi and Nikki got engaged in an intimate ceremony on March 27 for the uninitiated. The couple shared photos from their engagement ceremony on social media, and they were adored by fans and followers.

Aadhi Pinisetty and Nikki Galrani have been together for quite some time. After collaborating in films such as ‘Maragatha Naanayam’ and ‘Yagavarayinum Naa Kaakka’, the couple fell for each other, after which they decided to tie the knot.

After ‘KRK’, Samantha in talks for another pan-India collaboration 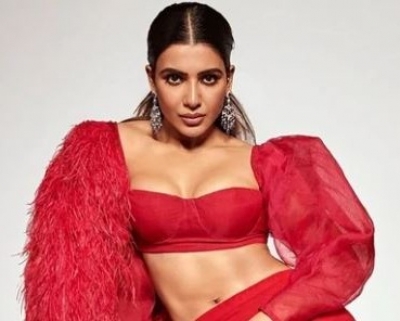 The ‘Majili’ actress is said to have signed another biggie, which she intends to make official soon.

Samantha has reportedly signed a film that will be directed by a young filmmaker, while her upcoming mythological love saga ‘Shakunthalam’ will launch her in the pan-India space.

For the time being, the producers have kept the details of the yet-to-be-launched film under wraps.

Samantha has also signed a web series deal with Prime Video. Samantha will play an unusual role in ‘Yashoda,’ which is directed by the duo Hari Shankar and Harish Narayan.

Mumbai– Priyanka Chopra shared a picture of her bruised face from the sets of her series ‘Citadel’. 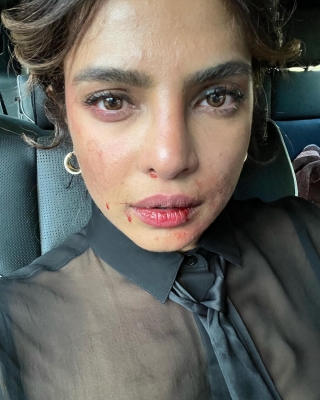 Priyanka posted the picture on Instagram and asked her followers if they too were having a tough day at work.

Sharing the picture, Priyanka wrote: “Did you have a tough day at work as well? #actorslife #citadel #adayinthelife @agbofilms @amazonstudios.” She is seen in a black top and a hint of blue eyeshadow. However, some blood marks can be seen on under her nose and on her lips and chin.

‘Citadel’ is being created by the Russo brothers for Amazon Prime Video. It also stars Richard Madden.

The actress also has the Bollywood film ‘Jee Le Zaraa’ in the pipeline. (IANS)