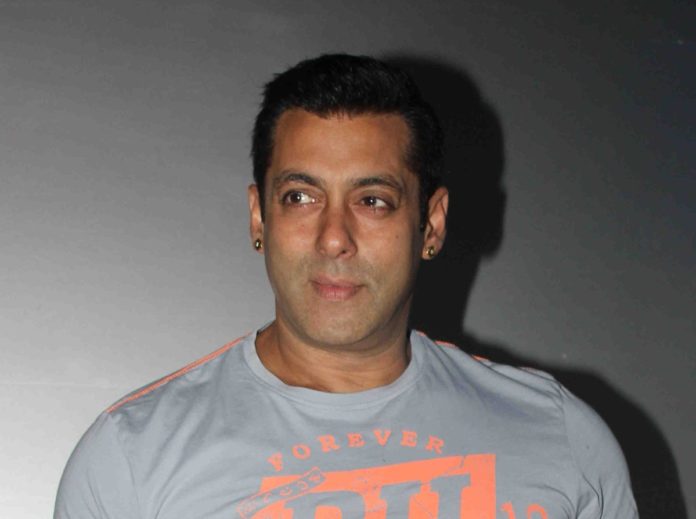 Asked about the reports stating he had gifted Ranu a flat, Salman told IANS on Monday evening: “That’s false news. Even I have heard this. What I have not done, there is no credit for that. I have done nothing like that.”

For quite some time, rumours were doing the rounds that the Bollywood superstar has gifted the singer a flat worth Rs 55 lakh. Some even speculated that he has gifted the roadside singer-turned-internet star a car.

Mumbai– Actress Surveen Chawla has opened up on casting couch. She said there was a time when director wanted to see how her cleavage looked, and another one was interested in her thighs.

The actress started her showbiz journey with the TV show ‘Kahiin to Hoga’ and went on to act in more small screen projects. She also featured in Telugu, Kannada and Tamil films apart from Bollywood movies.

The ‘Hate Story 2’ actress had to face the casting couch five times – thrice in South filmdom and twice in Bollywood.

She also revealed that there was a time when she was called overweight. “I went to give this audition and the person told me, ‘You are overweight’. I was just 56 kilos and I thought the person needed glasses,” she quipped.

Her experience in TV didn’t make it easy for her.

“Yes, there was a time when people told me you are overexposed because of television. For sometime, I tried to hide it from producers and tell them I did TV only for a year, but I realised later that ‘Why am I doing this?’ Isn’t it going to be easier for a team to get someone who already knows how to do their lines?,” she said.

Taapsee Pannu: ‘I dedicate ‘Saand Ki Aankh’ to my mother’

Mumbai– Actress Taapsee Pannu wants to dedicate her next film ‘Saand Ki Aankh’ to her mother because while working in the film, she realised the countless sacrifices a woman makes to run her family.

“Saand Ki Aankh” is based on the lives of sharpshooters Chandro and Prakashi Tomar, who are the world’s oldest sharpshooters, essayed by Taapsee and Bhumi Pednekar. The film shows how these women defied tradition to pursue their goal and attained fame by winning more than 30 national championships after the age of 65.

“Listening to their story, I just couldn’t stop thinking about my mother because it’s a story of those women who have lived their life for their parents, husband and kids but they never lived their life on their own terms. My mother is 60 years, so this is special. At this stage, I feel like telling her I want to be a reason for her to live her life the way she wants to. I hope she gets that through this film,” said Taapsee about the festive release.

“From my side, this film will be dedicated to my mother. I hope people will get their mothers, grandparents and parents to watch this. This Diwali should be a truly family Diwali in the theatres,” she added, while interacting with the media at the film’s trailer launch along with co-actor Bhumi Pednekar and film’s director Tushar Hiranandani on Monday in Mumbai.

Talking about the film, Taapsee said: “I always wanted to do a film where two heroines have equal roles. When I heard the narration, I had tears in my eyes and within 10 seconds, I said yes to the film. I feel Chandro and Prakashi Tomar are big inspiration to the people of our country.”

Mumbai– Priyanka Chopra, Rajkummar Rao and director Ramin Bahrani are currently engaged in a table read session of the script of their upcoming Netflix project, ‘The White Tiger’ along with other members of the cast.

Priyanka is right now in India to promote her next release, ‘The Sky Is Pink’, which is scheduled to release on October 12.

Recently, she took to social media to share images of the session with co-actors Rajkummar Rao and Adarsh Gourav and director Bahrani.

“Day 1 table read for #TheWhiteTiger with this incredibly talented team #RaminBahrani @rajkummar_rao @gouravadarsh!.. Can’t wait for shoot!!! @netflix @netflix_in,” she wrote as caption, for the images she shared on Instagram.

On Monday, Rajkummar too to Twitter to write: “Can’t wait to start ‘The White Tiger’ with these supremely talented people. Priyanka Chopra, Ramin Bahrani, Adarsh Gourav and Mukul Deora.”

Bahrani’s film is an adaptation of Aravind Adiga’s Man Booker prize-winning novel of the same name. Netflix is producing ‘The ‘White Tiger’ in association with Mukul Deora.

The protagonist is a man who starts off as a teashop worker and goes on to become a top entrepreneur.

Mumbai– Actress Neetu Chandra recently went for a screen test for a project based on the life of actress-comedian-director Mindy Kaling. She says the Indian-American artiste is an inspiration.

“Mindy is an inspiration, she has chosen a path that women find tough and aced it. It is my honour and pleasure to (give a screen test) test for her role. I understand Tamil culture and have always wanted to play a character like this,” said Neetu.

Mindy, who has roots in Tamil Nadu, is known for shows like “The Office” and “The Mindy Project”.

Meanwhile, Neetu has wrapped up the shoot for “The Worst Day”, a comedy film which marks her debut in Hollywood. She is also shooting for a Korean youth action TV series “Narae”. Both these projects are scheduled to release later this year.

Rajkummar on Monday shared photographs of himself along with Priyanka.

Adapted from Aravind Adiga’s prize-winning novel by the same name, “The White Tiger”, will also feature debutante Adarsh Gourav. The film to be helmed by Ramin Bahrani, will begin shooting in India later this year.

Priyanka and Rajkummar will be seen in pivotal roles.

Netflix is producing “The White Tiger” in association with Mukul Deora. Bahrani is also writing the screenplay. Priyanka will also serve as the executive producer.

“The White Tiger” follows the extraordinary journey of a self-made man from being a tea-shop worker in a village to successful entrepreneur in a big city.

Mumbai– Bollywood actress Kajol has shared a beautiful photograph of herself hugging her mother and veteran actress Tanuja.

On Daughter’s Day on September 22, Kajol took to Instagram, where she shared a photo-collage of herself along with Kajol.

Earlier in the day, Kajol had shared a picture with her daughter Nysa and captioned it: “You will always fit in my arms.”

Tanuja has appeared in prominent films like “Jewel Thief”, “Haathi Mere Saathi”, “Do Chor” among several others.

‘Bhoot…’ will change language of horror in India: Bhumi

New Delhi– Actress Bhumi Pednekar was never apprehensive about “Bhoot Part 1- The Haunted Ship” when she signed it, and now she is sure the film is going to change the language of horror in India.

Asked if she thought twice on signing the dotted lines for “Bhoot…”, Bhumi told IANS: “No. I had read the script and the director is a very dear friend of mine and I known about ‘Bhoot…’ since it’s inception and I knew this one is going to be a genre breaking film. It’s a film that is really going to change the language of horror in India.”

The film is directed by Bhanu Pratap Singh and also stars Vicky Kaushal. “Bhoot…” follows a couple on an abandoned ship lying static on a beach; it is based on a true incident that took place in Mumbai.

“Vicky is such a phenomenal actor. For the love of the script and people involved with the film I just had to do it and I have a lot of faith in Bhanu as a director he’s very promising,” she added.